The Century of Upheaval 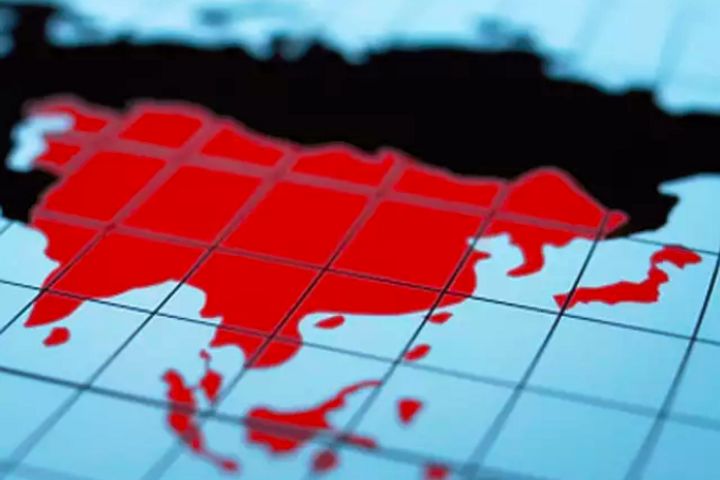 The Century of Upheaval

(Yicai Global) March 5 -- Is this the beginning of the Asian Century? There are many indications that it is. There is no doubt that the balance of power is shifting.

The United States is still the world's largest economy. Yet, while it was once the strongest proponent of free trade, "America first," with a tendency toward "America only," now applies at the center of power. That is reflected by the tonality with which the U.S. asserts its interests.

Europe is struggling with internal challenges and essentially has no uniform foreign economic policy. Given the different horizons of the large and small member states and the chaotic state of the Brexit proceedings, improvement cannot be expected without fundamental reforms.

In contrast, Asia – above all burgeoning China – has developed tremendous economic momentum and self-confidence. Since the 1990s, Asia's GDP has more than tripled; China's GDP has even grown ninefold. This boom has lifted many millions of people out of poverty and enabled them to join the middle class – an accomplishment that rarely receives the recognition it deserves in Europe.

Asia is also rapidly catching up in the area of technology, as the landing of a Chinese rover on the far side of the moon demonstrates. To date, no other nation has accomplished such a feat. In telecommunications, China has long since outpaced the West. And it's only a matter of time until this pattern repeats itself in the consumer-oriented platform economy.

With the New Silk Road, the Belt and Road Initiative, China is enabling the construction of infrastructure that will reach 65 percent of the world's population. This Initiative has the potential to become the largest investment program of all time.

The strategies pursued by other Asian countries also speak a clear language. India is implementing Make in India, an ambitious industrialization strategy. The industrial policies of Indonesia, Vietnam and Malaysia also aim for growth and progress. And Japan and South Korea are already among the world's leading economies, although they face challenges similar to those confronting Europe's leading industrial countries.

How can we best manage this change? By withdrawing into isolation or even by imposing legal restrictions on Asian companies' investments in Europe? Well, export-oriented countries like Germany should at least carefully weigh such steps.

First, reciprocity creates common ground. This is about a healthy balance between give and take, about win-win relationships. Germany and German companies have a lot to offer Asian countries and companies: leading technologies, investment, jobs through localization and training. Germany's "dual" education system, which combines vocational training with on-the-job experience, is highly regarded around the world. Access to markets and protection of investments and intellectual property – in other words, fair competition – must become common ground. The free trade agreement between Japan and the EU paves the way. Now we need a free trade agreement with China. It's high time for an open and constructive dialogue. To make this possible, government and business must collaborate closely. As in the past, the Asia-Pacific Committee of German Business (APA) will play a role here.

Second, adaptability is the future. The world is becoming more complex, the pace of change is accelerating, geopolitics is increasingly influencing geo-economics, and many are overwhelmed by digitalization. The nations of Asia face huge challenges – from climate change to urbanization. And this is exactly where German companies, with their many years of experience and their innovation power, can help.

Third, unity makes us strong. In recent decades, German companies have been highly successful in Asia. Thanks in part to the work of the Asia-Pacific Committee of German Business, they are well networked in the region and familiar with the local markets and their requirements. "Made in Germany" enjoys an excellent reputation. Yet none of this guarantees future success. German Chancellor Angela Merkel made the point very clearly at the Munich Security Conference: "No matter how industrious, how great, how super" we may be – it won't help much if powerful trade partners do not support fair competition.

Until the EU establishes a coordinated approach to foreign trade policy, German business should at least adopt a common position to assert its interests.

For German companies, the Asian Century is both an opportunity and a challenge. We can build on our innovation and our good reputation. But we must also be able to forge partnerships of equals and recognize that globalization is not a one-way street. Here, reciprocity is the formula for success.

Joe Kaeser is President and Chief Executive Officer of Siemens AG and the new Chairman of the Asia Pacific Committee of German Business (APA).