SPACs Add to US Listing Path for Chinese Companies 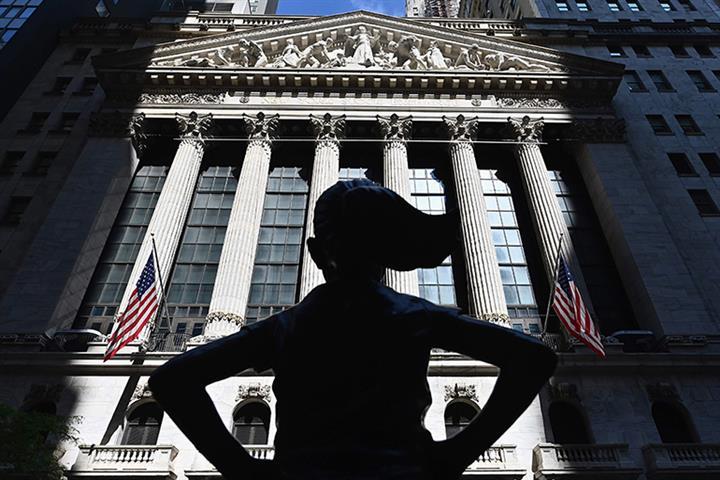 SPACs Add to US Listing Path for Chinese Companies

(Yicai Global) April 27 -- The US capital market is the deepest and most prestigious in the world, attracting companies that aspire to distinguish themselves from their local peers and stand among the world’s best. Only a select group of companies can meet the challenge of being a US-listed public company. Members of this group gain access to benefits that are largely unavailable to companies that stay within the comfort zones of their local markets.

For decades, the process for the going public in the US was basically one size fits all, and that size was the IPO. Many prominent and cutting-edge tech Chinese companies have taken this well-known path, and many deep-pocketed US investors have welcomed them.

Today, a company seeking to go public in the US can select from multiple processes, provided it meets US securities registration requirements and relevant stock exchange listing qualifications. Here’s a broad-brush description of these processes:

A company seeking to go public in the US should choose the one most suitable for its own needs and circumstances. Regardless of which path is chosen, from the moment the opening bell rings, a newly listed company must be ready to think, act, and be a publicly traded company.

That’s easier said than done, but as many Chinese companies have shown, it can be done – and done successfully - with advanced planning.

Once viewed as a vehicle to enable shady financiers to take unworthy companies public, SPACs today generally have higher quality sponsors, investors, underwriters and law firms than in the past. This evolution has elevated the SPAC’s credibility as an IPO alternative. Potential sponsors, institutional and retail investors, as well as private companies worldwide have taken notice.

Within just the past two months, Southeast Asian and MENA Target Companies have announced deals to go public via merger with a SPAC, including: GRAB, ReNew Power, Tokopedia, Asia Vision Network, and Anghami. As more internationally-backed SPACs are created and more US SPACs expand their searches overseas, opportunities for international Target Companies seeking a US listing via SPAC merger are expected to increase.

What can Target Companies do to prepare for engagement with a SPAC and for public company status on the NYSE or NASDAQ? Based on personal observations and on recent comments by the US Securities and Exchange Commission, the following points would be a good start:

•To gain extra preparation time, Target Companies should begin public company readiness activities well before engaging with potential SPAC suitors. For SPACs, ideal Target Company candidates are those that have already begun IPO preparations and are open to a SPAC merger.

• The SEC recently said that, at minimum, a Target Company should have a “clear, comprehensive plan to be prepared to be a public company.” The “company should also evaluate the status of various functions, including people, processes, and technology, that will need to be in place to meet SEC filing, audit, tax, governance, and investor relations needs post-merger.”

As for a business combination resulting from a SPAC merger, the SEC stated it is essential to “have a capable, experienced management team that understands what the reporting and internal control requirements and expectations are of a public company and can effectively execute the company’s comprehensive plan on an accelerated basis.”

As for a cross-border SPAC merger, the resulting business combination should early on consider whether its corporate structure is compatible for listing in the US, and whether there are complex tax scenarios from a transaction involving entities based in multiple tax jurisdictions. And since the new SEC Chairman, Gary Gensler, has ramped up scrutiny of SPACs, close monitoring of SEC statements regarding the SPAC process – such to the accounting treatment of warrants - has become an absolute necessity.

Last but not least, is the “elephant in the room,” which is the ongoing “audit working papers” dispute between China and US. Last year, the US passed the Holding Foreign Companies Accountable Act, which calls for the delisting of any US-listed Chinese company whose audit working papers are not inspectable by the PCAOB for three consecutive years. While obviously harsh, the HFCA is also obviously designed to give parties time to reach a negotiated solution.

A negotiated solution is not beyond reach. Most recently, Fang Xinghai, Vice Chairman of China Securities Regulatory Commission (“CSRC”), reportedly said that PCAOB’s demands to examine the audit papers of Chinese companies listed in the US are “completely reasonable.” He stressed that CSRC will unswervingly promote China-US financial cooperation, and that a solution will be reached if both parties negotiate in good faith.