The High Cost of US-China Decoupling 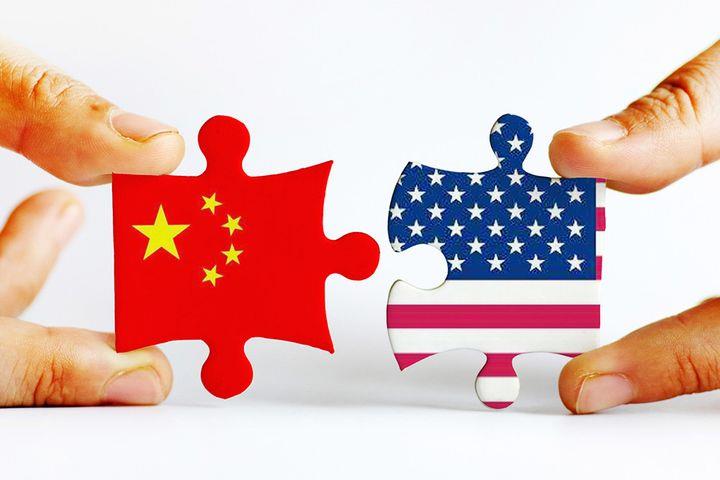 The High Cost of US-China Decoupling

At least they talked.

Many of us had hoped that last month’s meeting between the US and Chinese delegations in the Alaskan city of Anchorage would open a new phase of dialogue after the Trump-era freeze in bilateral relations.

While no specific next steps were announced after the meeting’s conclusion, Xinhua reported that the Americans and Chinese would continue talking about climate change, reopening diplomatic missions and increasing cross-border media representation.

But the risk is that the two sides will move even further apart.

The potential cost of a growing rift between the world’s two largest economies is the subject of Understanding Decoupling: Macro Trends and Industry Impacts, a recent report by the Rhodium Group. This exhaustive, well-researched text looks at the intricate ways in which the US and Chinese economies are intertwined and tries to quantify the cost of tearing them apart.

The Report attributes “decoupling” to the US’s use of policies designed to reduce economic interactions, which are seen as either posing a security threat or based on unfair practices.  This suite of policies includes:(i) the extraordinary imposition of tariffs, (ii) the expanded use of export controls, (iii) a more restrictive approach to Chinese acquisitions of US firms, (iv) the expulsion of students and researchers suspected of being affiliated with the Chinese military, (v) the closure of consulates and (vi) the deportation of journalists. China’s retaliation further exacerbates the decoupling.

By implementing the above-mentioned policies, the US intends to punish and deter China. However, the Report points out that these policies actually impose significant costs on American firms and consumers. Ironically, while the US is looking to diminish China’s importance as a “strategic competitor”, these policies could, over time, actually reduce American firms’ competitive advantage.

The implementation of the above-mentioned policies has already led to a certain degree of decoupling. Yet the Report ominously warns that a “comprehensive decoupling” is possible and that a “complete rupture” is the most likely outcome of the current policy trajectory.

The Report assesses the impact, on the US, of a full loss of trade and investment relations with China. It examines this scenario both via a top-down, macroeconomic analysis and bottom-up, in-depth studies of the aviation, semiconductor, chemical and medical device industries. The industry-level investigations provide detailed illustrations of how decoupling could ripple through supply chains and final good markets.

The Report emphasizes five channels through which decoupling comes back to bite Americans.

First, in many industries, there is a high cost to being cut out of China’s growing markets.

For example, China’s market for medical devices is expected to grow by 15 percent annually for the next 10 years. US firms would forego $48 billion annually, should they not be able to service this demand.

Similarly, China’s fleet of airplanes is expected to increase by close to 8 percent annually to the end of the decade. If China stopped buying US planes and using their repair and maintenance services, US firms would be $36 billion per year poorer.

The global market for semiconductors is expected to grow at an annual average rate of 5 percent. The Report estimates that US firms would forgo revenues of between $83 and $95 billion, if they lost access to the Chinese market.

Second, decoupling raises costs in the US, reducing both firms’ competitiveness and consumers’ real incomes.

American companies import chemicals from China as inputs into their production of a host of products. Tariffs raise these firms’ costs of doing business. The American Chemistry Council notes that US manufacturers have no choice but to pass the higher costs they face on to their customers. This diminishes the competitiveness of firms that use chemicals as an input.

The tariffs on Chinese imports hit US consumers as well as producers. For example, they raise the cost of imported parts and components for U.S. medical device manufacturers. These increased costs are passed down to hospitals and then to patients.

Third, decoupling will lower the amount of R&D undertaken by US firms, reducing their ability to innovate.

Firms typically scale the amount of R&D they undertake by the size of their global market. That is because it is easier to spread the costs of R&D over a large customer base. Producing leading-edge semiconductors is a complex and costly undertaking. The industry is highly concentrated and dominated by a small number of players. Currently, US firms are world leaders in terms of sales, profits, and innovation. But it takes significant investment in R&D to stay at the top. In the semiconductor industry, investment in R&D is typically 30 percent of sales.

The Report estimates a reduction in R&D spending of $12 billion per year should US semiconductor firms lose access to the Chinese market. In an industry that requires constant upgrading of designs and processes, it predicts that a fall of R&D of this magnitude would severely diminish US innovation leadership. It increases the likelihood that American firms will fall behind their global competitors.

The exclusion of Chinese students from high tech and advanced science courses in US universities will not only reduce the incomes of these institutions, but it will also shrink the talent pool from which US firms can draw. The 370,000 students from China represent a third of all international students studying in the US. The Report estimates they contribute $14 billion annually in tuition and living expenses.

Fifth, policy uncertainty will reduce third-country investment in the US.

The Report suggests that firms from third countries will withdraw from the US, if their American operations serve Chinese clients. This is to mitigate the risk of running afoul of American laws. In fact, both BMW and Daimler, which export a significant number of US-made cars to China, are now thinking twice about using the US as a global production platform.

The five channels outlined by the Report provide American policymakers, who are in the process of reassessing the US-China relationship, with important food for thought. Moreover, the Report is posted on the website of the US Chamber of Commerce, suggesting the US business community is squarely behind its analysis.

But US business interests are not stopping at promoting rigorous analysis. In March, the National Foreign Trade Council announced the re-launch of the Tariff Reform Coalition, a broad alliance of business and agriculture groups, which is looking to have the tariffs imposed by the Trump Administration repealed.

Given the analysis that the tariffs hurt rather than help the US and the stance of the American business community, it is surprising that Katherine Tai, the new Trade Representative, is reluctant to have them removed. In her view, actors in the US economy need time to prepare for the tariffs’ removal. And, she says, the tariffs provide leverage in the US’s negotiations with China.

This position is unfortunate. Last September, a World Trade Organization panel ruled that the tariffs were inconsistent with the US's WTO obligations. One expects that the Biden Administration would – after the unilateralism of its predecessor – uphold the importance of the rules-based, multilateral trading system. It ought to comply with the WTO’s ruling and remove the tariffs.

We can only hope that reasoned analysis, like the report authored by the Rhodium Group, and pressure from US businesses will have an impact on policymakers’ thinking, which will, ultimately, prevent a costly decoupling.