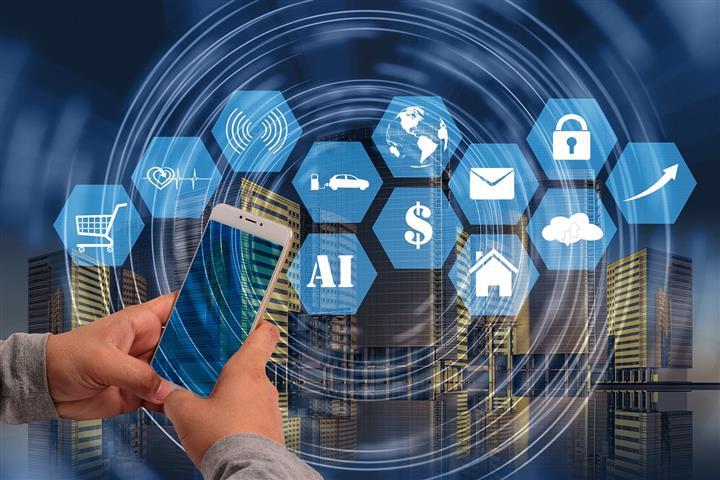 (Yicai Global) Oct. 12 -- India has caught up in AI with global rivals, registering the highest jump in AI adoption worldwide under the shadow of Covid-19, a study by accounting conglomerate PricewaterhouseCoopers found.

India arrived late at the AI ball, but its latest policies now pave the way for AI innovations in healthcare, education, and logistics, The Yuan, an open forum committed to making AI also stand for ‘All-Inclusive,’ reported on October 11.

India adopted government development think tank NITI Aayog's National Strategy for Artificial Intelligence #AIFORALL in 2018. In tandem with Intel and the Tata Institute of Fundamental Research, NITI Ayog announced the formation of the International Center for Transformative Artificial Intelligence last year. This body may well shape AI’s next decade in India’s healthcare, agriculture, and smart mobility. Expectations are now high in the world’s second most populous nation, per The Yuan report.

"India today is well positioned to become a global leader in Artificial Intelligence,” said NITI Aayog Chief Executive Amitabh Kant, The Economic Times reported on April 11. The country needs “to adopt AI and accelerate it across all sectors," Kant urged, noting India has the third-largest startup ecosystem in the world and “the talent and now data system to build AI ecosystems."

The nation was ill-prepared when Covid-19 struck but scrambled to apply AI solutions with AI startups to tackle the situation, e.g., official citizen engagement platform MyGov partnered with Amplify.ai to produce a chatbot that fields Covid-19 queries. Some 73 percent of healthcare and pharma firms adopted AI that same year, per the PricewaterhouseCoopers survey.

With many other chatbots and AI-based apps, the Indian government has risen to the occasion by wielding the revolutionary technology, driven by one of the worst-ever health crises. A long way remains to go before the country’s healthcare system can tap into AI’s true potential, however.

India logs 1 million cancer cases every year, but only has a few thousand oncologists and thus a huge doctor-patient imbalance. NITI Aayog will build a repository of interpreted and curated diagnostics images to tackle the rise in cancer and an imaging biobank for the disease. These programs all raise hope for AI’s future in India.

Another government initiative, in cooperation with the Wadhwani Institute for Artificial Intelligence, is fighting tuberculosis. It will evolve, steer, and extend AI-based solutions via screening and diagnostics. NITI Ayog is also working on early detection of diabetes in a pilot with Microsoft and Bangalore-based Forus Health.

AI may inject USD957 billion into India’s economy by 2035. The tech-heavy southern states of Karnataka and Tamil Nadu have invested heavily in its research and development.

India still lags other nations with a regulatory framework and thus urgently needs one to safeguard the ecosystem, but no timeline for this exists.

In the past decade the government has supported companies’ AI investments and training of a workforce to protect health data and utilize AI systems.

Healthcare is the sunshine sector in India, and with further AI policy its future looks bright.

Yicai Global is pleased to announce its cooperation with The Yuan (https://www.the-yuan.com) and looks forward to future feature articles from it authored by luminaries of the ilk of Hippo.AI founder Bart de Witte and the many other leading lights in the AI sector who are its regular contributors. The Yuan provides an open community with the aim of averting the emergence of bias and social inequities and inequalities arising from uneven access to AI and, as such, its philosophy closely aligns with Yicai Global’s own stance.