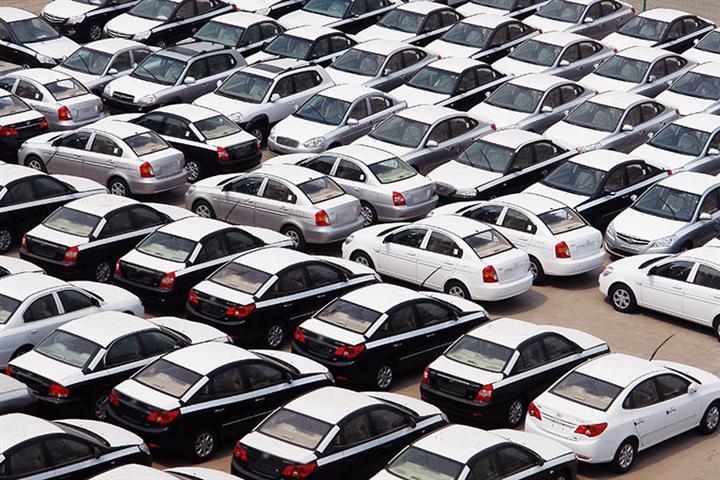 (Yicai Global) Dec. 30 -- On Monday China revealed two shortened negative lists for foreign investment, intensifying an effort to further open up its markets and “promote high-quality economic development.” The announcement marks the fifth consecutive year Beijing has pursued such a move, as well as shortening its pilot free trade zone (FTZ) negative list. On a national scale, two more sectors will be removed from the list, reducing it down to 31, whereas for free trade zones it will be reduced to 27 from 30, all to take place from January 1st, 2022.

The most significant development on the list is the announcement that foreign ownership caps on passenger car manufacturing companies will be removed, allowing full access from investors into China’s automobile industry, of which is the largest in the world. Other sectors opened include the service sector in FTZs, as well as allowing foreigners to hold up to a 33% stake in the social survey industry.

Despite geopolitical tensions, China continues its pathway towards opening up and expanding market access on matters related to trade and investment, also defying a narrative painted by the western mainstream media that the country is “closing” to the world and becoming less suitable for foreign investment, which was crafted in the light of regulatory crackdowns on big tech. This is untrue. Rather, the pathway towards a greater role for foreign investors is a key aspect of in its strategy of developing a consumer economy, but also offsetting the impact of US led decoupling.

Starting across the past decade, China’s economic strategy has centred upon the principle of a “community of a shared future for mankind”- that is that its own development does not just depend on developments at home, but the active integration of its economy with other countries and a logic of “mutual gains” through globalization. This has chiefly involved the Belt and Road initiative but has also concerned a race to deepen free trade and investment arrangements too, of which since the Trump administration began waging economic aggression against China from 2018, has been treat as a matter of urgency.

It might be noted that within the period of 2020-2021, China helped complete the Regional Comprehensive Economic Partnership (RCEP), reached a deal in principle with the European Union on the Comprehensive Agreement on Investment (CAI) and also applied to join the trans-pacific partnership (TPP), all of which are widely understood to be strategic counterweights against US led decoupling which seeks to contain China’s growth. In doing so, it has been necessary for China to provide greater market access and concessions to reach these agreements and incentivize related countries accordingly.

The automobile industry in particular however, is a sector of huge significance for international business. China is the world’s largest market for vehicles which can amount up to sales of nearly 25 million per annum, constituting over 33% of the world’s total and double that of the United States. By scrapping mandatory joint ventures, China is now giving scope to critical companies such as Tesla to expand their presence within the country. It also serves to help deepen China’s ties with critically important countries who sell large quantities of automobiles there such as Japan and Toyota, South Korea and Hyundai, as well as Germany and Volkswagen. It will also become a fuel injection for China’s bid to accelerate its electric vehicle market and associated lithium supply chains.

In a nutshell, this move will provide a bonanza to China’s own flow of inbound foreign investment, which has led the world for two consecutive years, and have global implications for the automobile industry. Companies will likely be flocking in their hundreds to set up their own self-owned entity, which will help make China’s domestic automobile firms become more competitive as well as global in scope.