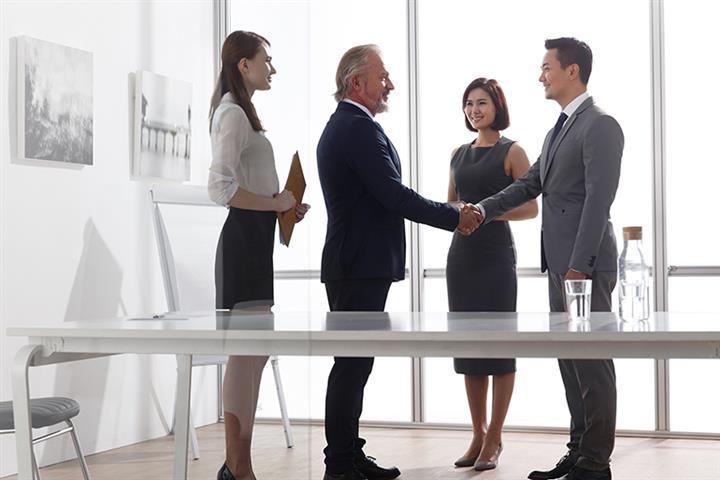 (Yicai Global) Nov. 4 -- According to new data by the OECD, China is the largest recipient of Foreign Direct Investment (FDI) in the world in the year 2021, attaining USD177 billion. The trend is not new, having attained a globally leading USD163 billion in 2020 likewise, with Beijing having surpassed the United States owing to the impact of the covid-19 pandemic, a trend that has been consolidated by the country’s largely stable environment and swifter recovery.

The news comes of course against multiple assumptions, primarily pushed by the mainstream media and commentary circles that owing to a series of political factors, the country is unsuitable for investment. This has included geopolitical risks in its relationship with the United States or objections related to that, the impact of China’s regulatory crackdowns on markets, the commodity pricing crisis and of course leveraging of the real estate market and Evergrande.

However, none of these circumstances appear to have dampened the shine of China’s appeal to investors. As frequently noted, many of these arguments are politically motivated and often intentionally, if not hysterically negative in playing up crisis for China and its economy or other point scoring. It is no surprise that they tend not to coincide with reality, wherein the prospect of long-term opportunity continues to considerably outweigh risk.

China is the world’s largest consumer market. With a population of 1.4 billion, its rapid economic transformation has created the world’s largest middle class, one which has not yet reached its peak in spending potential. Even as the world’s 2nd largest economy in terms of gross domestic product, China only sits on the tier of middle-income countries, meaning its present form is only a fraction of what its market will be like when it eventually reaches the GDP per capita of developed countries in the west. The country continues to be a hugely expanding market.

China’s market, like any market of course, is one which logically spans across all sectors meaning there are ample gains available for every type of business, problems in one sector does not mean problems for another. Whilst it is easy to pick fault with China’s tech stocks, such as Alibaba and Tencent, who dropped considerably from regulatory crackdowns, that has very little relevance for those who want to invest in restaurants, food, retail, fashion and automobiles just to name a few things. Investors understand these areas as being “Up for grabs” and do not turn down the opportunity of the Chinese market on short-sighted risks.

Secondly, the mainstream media are guilty of chronically underrating China’s economic governance, again out of zero-sum political bias. China’s economy has faced headwinds, yet the ability of the state to mitigate challenges is frequently ignored or dismissed, all of which facilitate a more stable environment for growth than what its western counterparts are capable of. China’s socialist market economy mixes free market ideas with state leadership which supersedes many of the pitfalls of the western free market model, which has created long term confidence in its approach by investors. The country offset the great recession of 2008, as it did Covid and is doing with the existing challenges.

As a result, China is seen as a safe and stable option for a long-term bet by investors worldwide, with a great deal of potential growth still to be achieved. The British financial organization FTSE has recently added Chinese bonds to its indices and is contemplating doubling the number of Chinese firms on its indexes. Likewise, many American financial firms continue to set up their own exclusively owned identities within China itself and seek a greater influence within its capital markets. There could not be a wider gap between the sentiment of investors and political classes right now, who advocate a misleading and caricatural view of the country for their objectives.

In total, China’s shine isn’t fading. It continues to be the world leading source of growth and in tandem foreign direct investment, making out a very different reality to the picture presented politically. The country is not turning inwards or shutting out the world, but more comprehensively opening up its markets and integrating itself into the global economy. Investors are ignoring the headlines and voting with their feet, none of the controversies of 2021 have changed that.