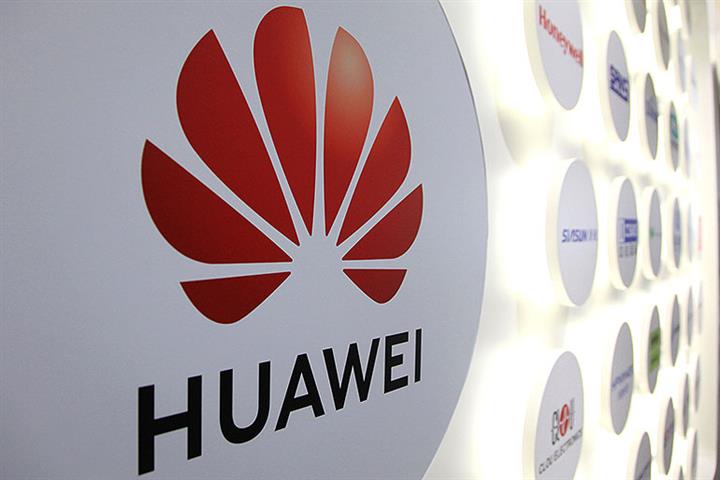 (Yicai Global) April 2 -- On March 31, Huawei held its annual press conference detailing the performance of the company. It was a much awaited one, in particular because the organization had faced a number of challenges over the course of the past year, including the Covid-19 pandemic which had bruised the global economy and consumer spending, as well as most distinctively sanctions from the United States government which sought to stifle the company’s supply chain in its ability to procure key components. Despite these headwinds however, Huawei is not down and out, by any means. Its bolstering market within China, its world leading count in 5G patent achievements and forwards thinking strategy continues to make it an innovative company which has a credible, smart and sustainable path for the future.

Huawei is a flexible company that has shown robust capability to adjust itself to the challenges of a changing world, and that is precisely what it is doing. We might understand its business model in three aspects, in particular what was termed 1) its carrier business 2) its consumer business and 3) its enterprise business. These fields are not static and rigid concepts, but they are fluid and interlocking. Huawei has embraced all of them under the common umbrella goal of what we might describe as “digitalization” or “digital transformation”- that is the vision to embrace a world that is increasingly connected, increasingly online and exacerbated by the pandemic, more reliant on digital services, provisions and communications than ever before. Here is where the opportunity lies.

In this case, whilst the United States have sought to attack most prominently the carrier and consumer aspects of the business, Huawei has held itself resilient through pursuing the digitalization strategy. How, might you ask? The press conference spokesman stated: "ICT development is the foundation of our growth"- and in particular the creation of “cloud, connectivity and computing”. These aspects are the mortar which glue Huawei’s business divisions together. Huawei will develop cloud space for enterprises, which is already the fastest growing in the world an aspect of both communications and consumerism. It is also developing artificial intelligence, as well as associated software ecosystems in order to house applications, programs and developers alike, in particular the “Huawei Mobile Services”- which already has 2.3 million associated developers worldwide and 120,000 applications.

These in turn connect various products and develop a “Google” style model. Whilst Huawei was forced to part with its acclaimed Honor brand, nonetheless, its consumer business has reconfigured itself by diversifying its product range and variety, for example on laptops and smartwatches. This is why the development of operating systems such as Harmony-OS becomes crucial. But this is not all, Huawei is not simply reaching for what it is capable of achieving now, but also innovating with a view to the future and what it might yet establish. Huawei’s net profit increased by 3.2%, the slump in the increase was not so much facilitated by “losses” in business as may be interpreted, but for the fact that Huawei is now moving to invest record amounts of revenue and cashflow into research and development.

In 2020 alone, Huawei’s R&D development constituted 141.9 Billion RMB, 15.9% of its total revenue, with the goal of “aiming to remove bottlenecks in basic science and drive breakthroughs in cutting-edge technology”- The report mentioned the word “research” 94 times alone. This includes 5G patents and ultra-high-speed signal processing technology which it continues to lead the world in, as well as artificial intelligence, automotive solutions, network security and more, all with the goal of not openly broadening Huawei’s scope as to how it can better connect businesses and enhance people’s personal experiences, but also how the company can become more self-reliant, broaden its capabilities and better establish a path through the current geopolitical environment.

As a result, this is not a pessimistic time or challenging time for Huawei as much is an exciting time. With every obstacle comes new opportunities. The company has responded with vision, energy and prudence to “unfair” efforts on behalf of the US government to try and cripple its business, which has allowed the company to respond with a strategy of diversification. Huawei is a company which innovates, invents and focuses on world leading solutions to the problems of this time. As it has capitalized on new opportunities and portfolios, united under an umbrella roadmap of “digitalization” there is no shortage of business nor potential under what it may yet achieve.