The China-Europe Railway Must Pivot to The Middle East 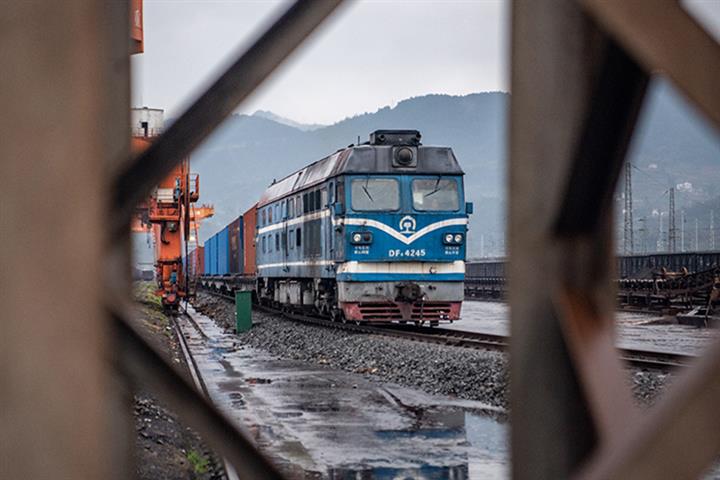 The China-Europe Railway Must Pivot to The Middle East

(Yicai Global) April 11 -- One of China’s most spectacular achievements in the past decade has been the facilitation of railway freight routes that connect the country all the way to major cities in Europe. The “China-Europe railway” as it is sometimes called, has been a driver of globalization stretching from a growing number of cities in China as far west as Lisbon and even London, slashing both shipping costs and timing as a far more effective alternative to maritime trade. It is no surprise that during the covid-19 pandemic the railway routes boomed as international shipping and supply chains became constrained by various difficulties, consolidating China as the world’s largest and most reliable supplier of goods.

However, the world has changed, and not for the better. The ongoing conflict in Ukraine has resulted in a surge of new political risk and a growing stacking of western sanctions against Russia. Why is this relevant? Because to reach Europe, these trains have to geographically transit through the country. One month into the conflict, this is taking a toll on the China-Europe railway as western producers are boycotting goods that whilst not Russian, must transit through Russia. The stigma of the war makes this untenable to most, especially the eastern states of the European Union. Many of the goods of course are forcibly rerouted to shipping as opposed to being written off, but this is not an ideal alternative.

If China is to keep alive the massive economic advantages of the China-Europe railway, then it has no other choice but to diversify it into new routes. These of course are not without risks either, but it must be done. This should involve creating a new alternative route through central Asia and the Middle East, taking maximum advantage of the China-Pakistan Economic Corridor (CPEC) as its starting point, and utilizing its ownership of Piraeus Port in Greece, as well as it is now secured relationships with Hungary and Serbia as the endpoints (with elections in both countries going strongly in China’s favour). The west’s nearing normalization with Iran will also be an entry point.

The new China-Europe Railway route should logically begin in Central and Western China, linking up existing railway infrastructure in Chongqing, Chengdu, and Xinjiang, and should prioritize its connection southwest into Pakistan through the CPEC. This reminds us of course an existing option too, to utilize the Gwadar Port as a quick shipping route up the red sea, through Suez, and into the Mediterranean towards Greece, but in addition, a freight railway should be consolidated from Pakistan into Iran, something the two countries have already agreed to work on with Turkey too. Heading through Iran, the route would then progress into the Anatolia peninsula and reach Greece (either by shipping or rail). If the latter, this would conjoin with the BRI’s Greece-Serbia-Hungary railway and then branch off into respective areas of Europe.

Such a route, whilst seemingly sounding idealistic is not without its challenges. First of all, it hinges on the west’s apparently imminent normalization with Iran, and notwithstanding any future challenges or disruptions that lie ahead in what continues to be an adversarial relationship. Second of all, the proposed route stems from several regions that have a reputation for political instability and terrorism. This includes Pakistan’s Balochi region, which as it is already has posed numerous challenges for China and the Belt and Road initiative, but also the ethnic Kurdish regions of both Turkey and Iran which have also been prone to instability.

As it stands, despite the work of the BRI, Pakistan’s railway infrastructure also needs considerable investment and upgrading. This will make it a work in progress. Iran as it stands also does not have a completed railway link to its border with Pakistan. China has reportedly pledged up to $400 billion in investments with Iran as part of its “strategic partnership” announced in late 2020, but we are yet to see any results of this, again pending the successful set of the “Joint Comprehensive Plan of Action” (JCPOA) or “Iran deal” as it is known.

In a nutshell, China needs to make a new set of strategic investments in a bid to hedge against uncertainty caused by the conflict in Ukraine. The China-Europe railway has been an incredible delivery of transcontinental economic integration and became a figurative engine of China’s own exports, but the war has undeniably damaged this, therefore a diversification of options is required. A new route through the Middle East is the logical alternative, but it is not without its respective challenges and a lot needs to be done to put it into action.