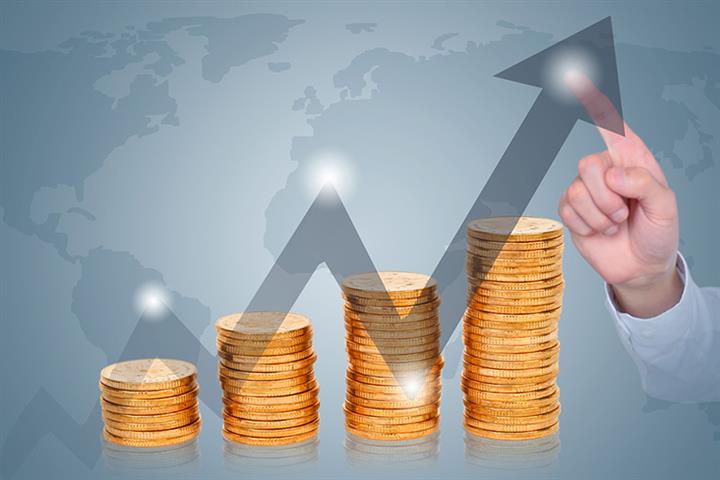 (Yicai Global) Aug. 19 -- Over the past few weeks China has been battling a spread of the Delta Variant of Covid-19 across several provinces. The strong response of authorities to the outbreak has seen areas targeted with lockdowns and mass testing. Despite the fact that as of Monday 16th, locally transmitted infections have been diminished to just 15, showing the virus is on the retreat, the mainstream western media nonetheless created a number of articles arguing that Delta is a “threat” to China’s economic recovery, in particular outlets such as Bloomberg, which has frequently bigged up the US as a “better” or “more resilient” place to be in the pandemic than China, oddly enough.

The logic in such an argument of course technically makes sense given that lockdowns and intense social distancing immediately reduce consumption, make the operation of some businesses such as restaurants, cafes and cinemas, completely untenable, potentially increasing unemployment whilst reducing public confidence. Therefore, shouldn’t China’s recovery be in doubt? Even though it has been forecasted by economists to rebound between 8-9% in 2021? Many news outlets have concurrently made these kinds of statements in order to argue against a “zero-covid” approach to handling the virus in favour of the economy, of which the US and the UK have subsequently pursued albeit at horrific human costs.

However, what these arguments fail to acknowledge is that China’s immediate, strict and uncompromising approach to quashing the virus has less of an impact on growth than the west presumes because it makes short-term sacrifices on behalf of the long-term interests of stability and the economy, and this itself reaps gains. It is easy to point towards the rapid growth in the United States and UK and say that their approach to abandoning zero-covid works, but this only papers over the cracks of the immense mistakes and costs these countries have suffered having mismanaged the pandemic for the space a year. Let’s look at the facts.

In the year 2020, China became the only major economy in the world to register a positive GDP growth in the year total, ranking at 2.3%. Whilst this was vastly reduced than usual years owing to the initial Wuhan shutdown and a universal fall in global consumption and thus exports accordingly, it was nonetheless a victory. China had taken the same approaches which it is taking now, and its reward was a recovery which was stable and natural. The stability also seen investors pile into China as they had confidence in its economy. For the first time in the World, China in 2021 became the world’s largest recipient of FDI. Some things of course such as local consumption did take longer to recover, yet there is little argument it was in a better state than countries in the west, and not only that but China’s push to “normality” did not come at the cost of 620,000 lives as we are seeing now in America.

In addition, China’s recovery under a zero-covid approach has come without the enormous fiscal burdens the US and the UK have thrown at their recoveries which have involved borrowing and throwing trillions of dollars into their economies. America waged multiple stimulus payments to kickstart their economy, of which have breached the US debt selling and pushed the budget deficit to an all time high. This will be damaging on the economy in the long run. Britain likewise has run up its highest public debt and deficit since World War II. Again, this will catch up with them. The positive economic numbers right now only show their economies rebounding from steep declines on a low basis percentage wise, it does not mean they are booming.

On the other hand, whilst China has utilized some monetary policy and support for businesses affected by the pandemic, it has done so Conservatively and does not need to accumulate trillions in new debt to facilitate its recovery which is more organic. Its growth is more accumulative as opposed to recovering from record declines caused by excessive and extended lockdowns by governments who mismanaged the pandemic or were hesitant to ask. Stability and zero-covid is a better approach than ploughing cash into a furnace.

In addition, the current lockdowns by China are never broad in scope. They are targeted and regional in the area of infection, not nationwide. They also involve comprehensively testing the entire population flushing out cases wherever they are. This approach is working, again as noted on August 16th local cases had come down to just 15, showing how testing and contact tracing is getting ahead of the curve. Things will subsequently return to normal, meaning local economies may hit a speedbump but the fundamentals are all there to resume as they were. The current situation in Australia is more demonstrative as to how a badly managed lockdown takes its toll on the economy.

In this case, it is unwise to do away with Covid controls altogether in order to save the economy when China’s actions are already shoring up stability and sustaining growth. The mainstream media should recognize that by letting the Delta Variant run riot in favour of the economy, the US is not coming out “smelling of roses” so to speak, the average death toll is up to 800 a day again, cases are amounting to 150,000, and this situation itself erodes public and investor confidence. To let Delta run riot in China with its population size is a dangerous experiment that would cost human lives. China has a right, and if it isn’t broke, don’t fix it, nevermind attempting to copy the models of the countries who have truly “broke it” in every sense.