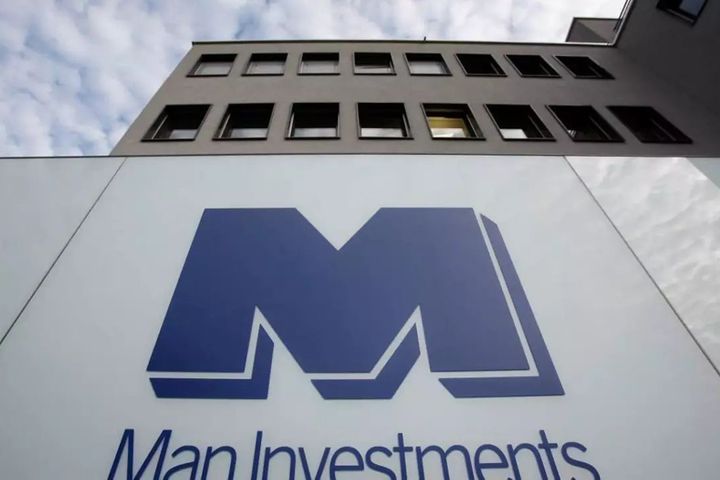 Dip Buying Is Recommended Though the A-Share Carnival Has Gone, Man Group Says

(Yicai Global) April 3 -- "Markets are starting to discount a meaningful recovery in growth, and it isn't yet obvious to me from any of the indicators I look at that the recovery will be meaningful. It is possible that we end up with some sort of L-shaped recovery rather than V-shaped recovery," Edward Cole, Managing Director and Chief Equity Strategist at Man GLG, the world's largest listed hedge fund, said in an exclusive interview with Yicai Global, though China's stock market has recently ebbed from its halcyon days at the start of the year.

"To some extent, that introduces a few vulnerabilities in the short term, because we need both earnings data and macro data to catch up with where prices are and, if it does not happen, there will be a risk that price has to level with earnings and economic situation. So, whilst I am a little bit more cautious than I was three months ago, but I would emphasize that it is not an outright bearish call. You also need to think of having dry powder/ additional ammunition or resources at your disposal to make sure that you have the capacity to take advantage of weaker prices if they come, which is broadly how I think of the opportunity at the moment," Cole said.

London-based Man Group made a bold judgment at the beginning of this year -- it was time to buy China's A-shares of domestic stocks because a 'price capitulation' occurred at the end of last year and their valuation was thus extremely low. Then foreign investors flowed into the A share market, causing it to rebound by nearly 30 percent.

Three months have passed, many investment institutions believe that the Chinese stock market has nearly completed its valuation repair, while Man Group is more inclined to 'buy the dip,' however.

Now whether the earnings growth will rebound is undoubtedly the most concerning issue to all circles, and A-shares still have a double-digit earnings growth, Cole believes, which is very impressive among emerging markets.

New York-based investment bank Morgan Stanley holds a similar view, believing that A- shares may stage an earnings rebound in the second quarter. According to its analysis of the repair of earnings forecasts, Chinese stocks are leading the world, and the negative repair speed has slowed significantly, the country may become one of the first batch of stock markets to enter a positive repair phase. Morgan Stanley's negative guidance improved in the fourth quarter compared with that in the third quarter, and consumer activities also recovered from the end of last year, its analysis of the fourth-quarter results forecast shows.

Another question is, is the current valuation of A-shares too high? In this regard, Cole told Yicai Global that foreign investors' buying of A-shares is far from enough, and the trend of continued foreign capital inflow will not end in the next few years.

"Global asset managers will look at A-shares in a different way. You have two decisions to make here -- one is the strategic approach to Chinese onshore equities, and the other is the tactical approach to the specific stocks you hold. If I were managing a portfolio, I would focus on how I would position over a 3- to 5-year horizon, but within that period I would also take profit when the individual stock become expensive."

Foreign investors who are now focusing on large-cap A-shares may gradually cover mid-cap and small-cap stocks in the future, the latter two are still not a priority, however, Cole expects.

MSCI announced in March this year it will increase the inclusion factor of Chinese large-cap stocks to 20 percent, as well as add mid-cap stocks to its emerging market benchmark, which is expected to draw nearly CNY100 billion (USD 15 billion) in fresh foreign inflows to the world's second-biggest economy each year.

"In my estimation, the impact of passive flows on onshore Chinese equity is minimal because it is an incredibly liquid market, with maybe approximately USD50-70 billion of passive inflows which relative to a market that trades multiple billion dollars a day, it isn't going to make a significant difference. The bigger impact is that, as the investable universe becomes more mainstream, there will be more research allocations to Chinese equities. It starts with the large cap space because there still requires a lot of effort in large cap onshore equities, and it will time take time to move into mid cap, because you will need Mandarin speakers to interact with mid cap companies. Alternatively, you can also use another approach which is applying a quantitative process to the market, looking for common factors. Man Group has a large quantitative capability," Cole said.

"Over a 5-year horizon, it is quite possible that China A will become a distinct asset class on its own, I anticipate that the weight of A-shares, ADRs [American depositary receipts are negotiable securities representing securities of a foreign firm, e.g. Alibaba Group Holding, that trades in US financial markets] and H-shares [mainland shares traded in Hong Kong], Shanghai and Shenzhen stocks will be so big that index bench-marking companies will need to think of dividing China out from the other EM markets," Cole said.

Man Group opened an office in China in 2009 and was listed as one of the first batch of licensed investment management companies under the Qualified Domestic Limited Partnership plan in 2013.