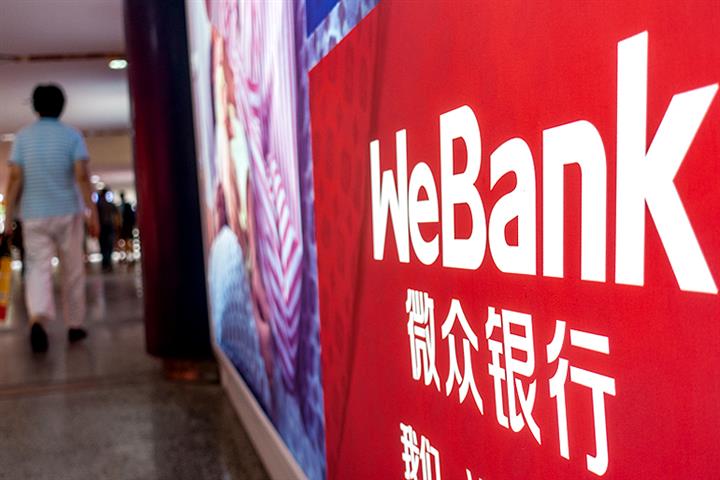 (Yicai Global) May 22 -- China's private lenders have mostly begun to profit, with WeBank and MYbank taking the top two slots with more than CNY100 billion (USD14.1 billion) in assets each, much higher than their rivals', per the annual reports for last year 14 of the 19 non-state banks have thus far released.

WeBank posted CNY291.2 billion in assets as of the end of last year, up 32 percent from its start, CNY14.9 billion in operating revenue last year, a 48.26 percent increase on 2018, and CNY4 billion in net profit, climbing 59.66 percent, per the firm's 2019 annual report, The Paper reported yesterday. Its non-performing loan ratio was 1.24 percent as of last year in a 0.73 percentage point rise from the year before.

China's non-state banks have different operating orientations, but most claim to be internet based. WeBank, MYbank, and Sichuan Xinwang Bank are all e-banks without brick-and-mortar outlets.