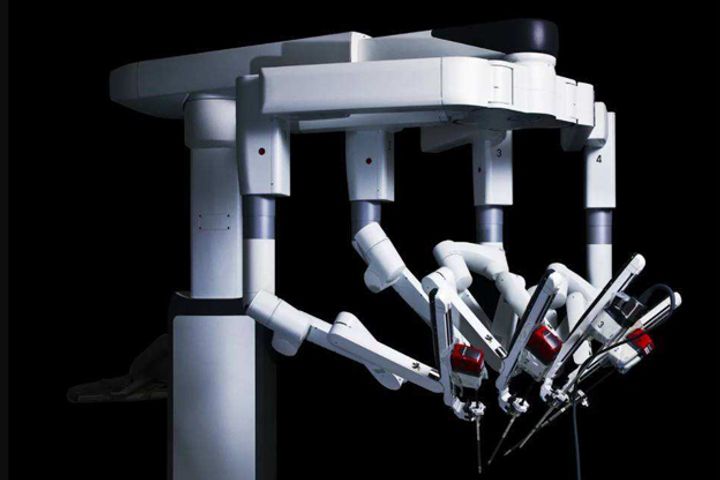 (Yicai Global) Nov. 7 -- A total of 21 Chinese hospitals placed orders for the Da Vinci Robotic Surgical System, worth more than USD60 million, with US supplier Intuitive Surgical yesterday on the second day of the China International Import Expo in Shanghai.

The system is one of the world's leading minimally invasive surgical robots. The robot was originally designed for wartime remote operations. Doctors can do surgery by just sitting in front of a console. The robot arm takes corresponding action, replacing manual operation. Da Vinci surgical robots are more accurate and stable compared with traditional surgery.

But the surgical robot comes at a steep cost, with prices ranging between USD600,000 and USD2.5 million.

The surgical robot first entered China in 2014, with more than 70 now in use on the Chinese mainland and 10 in Hong Kong.

Intuitive Surgical and Shanghai-based Foshun Pharmaceutical formed a joint venture in May last year. The joint venture will focus on the promotion of Da Vinci surgical robots in China. The two sides will also work together to develop, produce and sell products for early diagnosis and treatment of lung cancer.