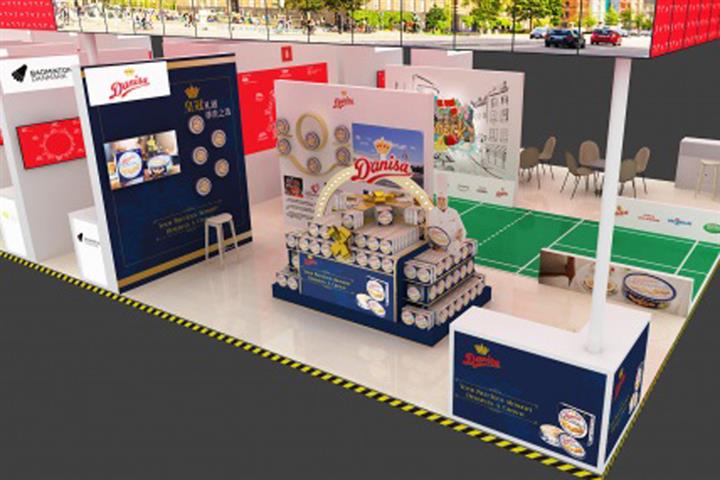 "Within its very short lifespan, the CIIE has turned out to be the most important exhibition in China for Danish food companies. The interest is huge in Denmark," said Soren Falck, senior consultant of the global marketing department at the DI, Denmark's largest business and employers' organization representing approximately 18,000 companies.

According to Falck, in only three years, Danish exporters have more than doubled their representation, from 10 to 23 companies, in the food pavilion at the CIIE.

While Denmark has experienced phenomenal increases in the export of fur, skin, meat, and pharmaceutical products to the Chinese market, it is a humble but tasty Danish butter cookie that has captured the heart of the growing Chinese middle class and is the most recognized Danish food incursion into the Chinese market.

"We have Danish Crown, the large pig producer, which recently has opened a production facility in China. We have Royal Greenland, another big fish company from Greenland. But then in China, I'm sure the product that you probably know the best, the Danish butter cookies, we have three companies there representing Danish butter cookies. I'm sure that if you come by, then you can taste all of these things at the CIIE."

The DI official noted that as 21 out of the 23 companies exhibiting are already present in China with their local offices and local employees, COVID-19 actually would not have a huge impact on the possibilities or the opportunities for Danish companies to do business with China.

Meanwhile, according to Allen Sorensen, chief economist at the DI, the Chinese market is growing faster than other export markets because of its growing middle class.

"We expect that in the future the Chinese market will grow faster than our traditional markets -- Germany, Sweden, the UK -- and other parts of the world. And income levels will also grow faster in China. So we expect that the middle class will increase their demand for quality products, like a lot of the products we produce in Denmark, such as food products," said Sorensen to Xinhua.

Sorensen's predictions are supported by Statistics Denmark's latest data on trade between China and Denmark.