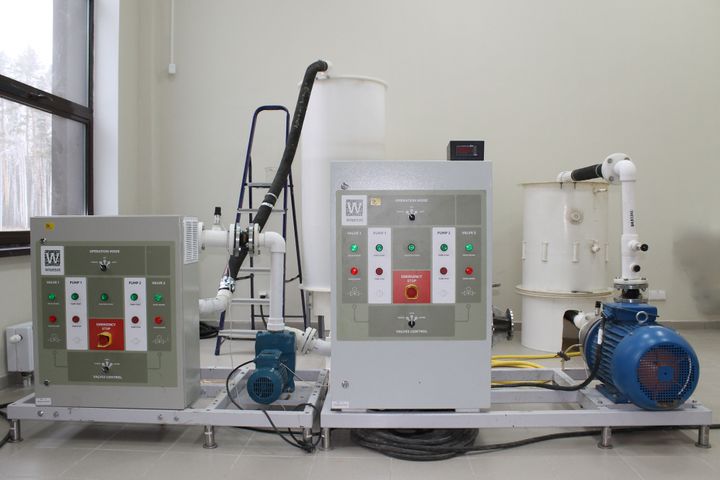 A Better Way to Turn Organic Waste Into Energy

A Russian startup has found a solution to make bioenergy production more efficient and profitable.

(Yicai Global) Dec. 3 -- Alexander Smotritsky, a 35-year-old scientist from Yekaterinburg, in the Ural region of Russia, used to regularly pass in front of a poultry farm and be disgusted by the smell of the waste. This unpleasant experience inspired him to develop a recycling system that would inexpensively transform organic waste into potentially lucrative biogas.

According to the Renewables 2018 report by the International Energy Agency, modern bioenergy will lead the growth of all renewables until 2023. In Russia, the potential for bioenergy is vast. Back in 2010, almost 90 percent of the country's total investment in renewables went towards bioenergy, namely on foreign equipment for biogas projects in agricultural lands. But the local economic crisis and currency devaluation that followed made foreign biogas equipment too expensive for most Russian consumers, dragging down the sector. Natural gas still plays a leading energy role. Biogas, however, is a renewable energy source.

"Its use reduces greenhouse gas emissions, because it prevents burning natural gas or coal. It only releases CO2 that had been absorbed previously by the plants during their growth, without upsetting the carbon balance in the atmosphere. It also helps solving the waste problem, and by doing so, once again, prevents emissions of large amounts of another powerful greenhouse gas — methane — from landfills," says Alexey Kokorin, head of the climate and energy program of World Wide Fund for Nature Russia.

Smotritsky, who studied experimental thermophysics at the Russian Academy of Sciences in the Ural region, and his father Andrey, an engineer who has patented a number of inventions in medical and veterinary sciences, founded the company Bioenergy LLC in 2014. They built a substrate pretreatment module, called WiseSoil, which attaches to a biogas unit and prepares waste to be more efficiently transformed into bioenergy by breaking it down into smaller parts. (The concept is similar to how teeth break down food before it is digested.) "We bring down the cost of the biogas unit for our clients," says the younger Smotritsky, explaining that the module allows clients to buy cheaper and smaller biogas units and still process the same quantity of waste as bigger ones, with the same or even better results.

The startup was originally funded with a loan of 20 million Russian roubles (USD 260,000) from the Russian Venture Company (RVC), a government fund and development institute for innovations. Later, the project obtained a micro grant from the Skolkovo Foundation. Now, its business model relies on selling both WiseSoil modules and technology licenses. This year, the company has sold 27 modules to clients worldwide and expects to deliver 13 more modules before the end of 2018.

But profits are yet to come for the eight-people team behind the WiseSoil technology. "We've reached breakeven, but we reinvest profits into constant product development and R&D," says Smotritsky, noting that the company's 2018 revenue is expected to reach USD 180,000.

For now, Bioenergy LLC's headquarters – including manufacturing, lab research and new technology testing – are based in Yekaterinburg. But since most of its clients are outside of Russia — in the UK, Switzerland, Germany, Croatia, South Korea and Kazakhstan —, the company has distributors in South Korea, representatives in the U.S. and the Czech Republic, and is currently establishing a subsidiary in Lithuania.

Bioenergy LLC plans to move some of its assembly lines to the European Union, in order to expand its foothold in the European market and attract investment from European venture funds. "In Russia, there is no market for our solutions. The biogas industry is developing too slowly and there are just a few companies producing biogas units for agricultural waste," says Smotritsky.

According to the geoinformation system Renewable Energy Sources of Russia, the country generates more than 600 million tonnes of organic waste every year, 150 million tonnes of which come from the livestock sector. Ivan Yegorov, one of the founders of the Russian-Norwegian consulting company Nordic EcoBusiness Centre, specialized in investment analysis in sustainable development and green energy, says that producing one kilogramme of pork generates at least 40 tonnes of liquid waste, creating serious environmental challenges for soil and water resources.

WiseSoil technology could be used to treat household organic waste as well, which amounts to 20 percent of all household waste in Russia, says Vladimir Chuprov, head of the energy unit of Greenpeace Russia. He thinks that the module could be particularly useful in big cities.

Igor Shkradyuk of the Moscow-based Biodiversity Conservation Center agrees, noting that Muscovites are unhappy about landfills and gases that originate from organic waste. "I support the WiseSoil idea, because it promotes deeper processing and dispensing of organic waste," he says.

"In Russia, most industrial waste producers prefer to pay a fine for treating their waste in a traditional way, rather than with a sustainable approach, because most technological solutions are not economically viable. We hope to change that and to allow companies to actually turn their waste into income," says Smotritsky.