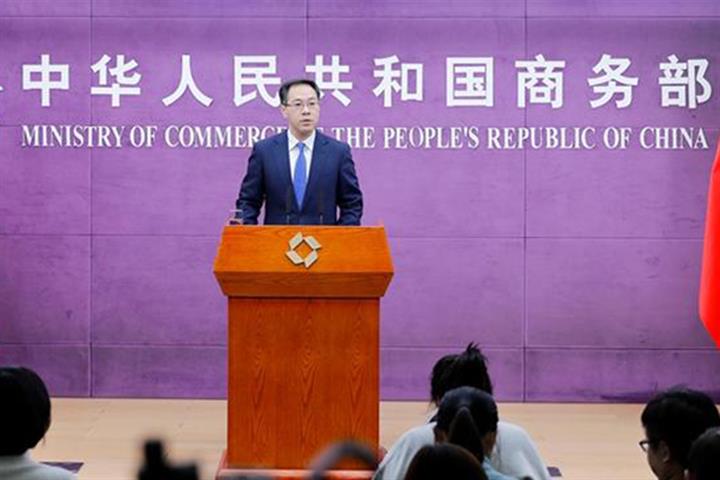 (Yicai Global) June 4 -- The objective of reaching a comprehensive investment treaty between China and the European Union by the end of this year, as determined at a meeting of Chinese and EU leaders last year, remains unchanged, according to China’s commerce ministry.

China and Europe attach great importance to their negotiations and hope that a deal can be completed as soon as possible so as to benefit companies and investors on both sides, ministry spokesperson Gao Feng said. An early agreement would help deepen bilateral economic and trade ties as well as promote a global economic recovery, he added.

The negotiations, which started in 2014, cover pre-establishment national treatment, or the equal treatment of foreign and domestic investors, negative list management which limits the amount of foreign investment allowed in certain industries, competitive neutrality of state-backed enterprises and the opening of the high-end service industry.

China has an open attitude and welcomes any regional free-trade agreement as long as it conforms with World Trade Organization principles, and is open, inclusive and transparent, Gao said. It should also help promote globalization and regional economic integration as well as create a shared future community for mankind.

China will firmly maintain a multilateral trading system and actively build a high-standard Free Trade Zone network with neighboring countries that will not only benefit the Belt and Road project’s participants but also serve the entire world, Gao said.

No foreign capital and no industrial supply chains are withdrawing from China, he added. The country will continue to ease foreign investment curbs and increase the scope of industries eligible for foreign investment, he said.

Many multinationals are planning to expand their industrial chains in China due to the country’s stable business environment, strong competitiveness, huge market and domestic demand potential, Gao said.