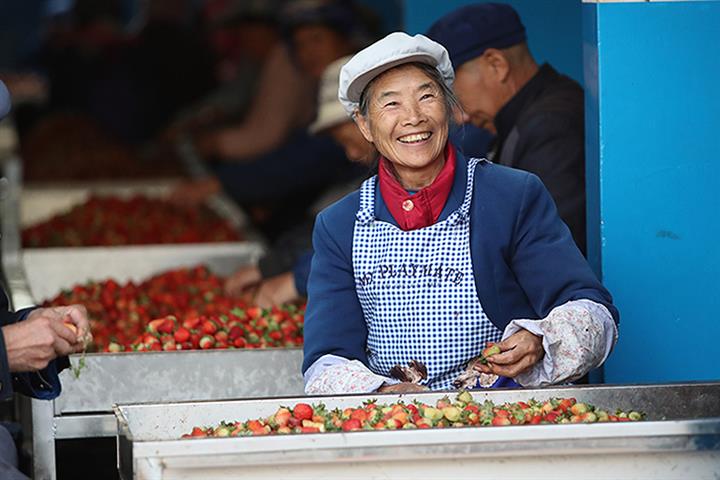 Nearly a Quarter of China’s Elderly Are Still Working, Most as Farmers

(Yicai Global) Sept. 23 -- Almost a quarter of China’s population aged 60 and over are still laboring, and most of them are involved in agriculture.

Those 66 million people make up nearly 9 percent of the entire working population, according to the results of the 2020 census, China’s latest official population survey, recently published by the National Bureau of Statistics. Working people aged 65 and above accounted for 5 percent.

The agricultural, forestries, animal husbandry, and fisheries industry is a major employer, with more than 28 percent of all people working in it considered to be elderly, the largest proportion among all sectors and accounting for 6 percent of the whole workforce across all industries.

Three other industries with a high proportion of mature laborers include building and construction, manufacturing, and wholesale and retail. Along with farming, almost 87 percent of the nation’s elderly workers are employed in these sectors.

China has improved a lot in urbanization in recent years, but most older farmers still live in rural areas and few of them have gone to work in the cities, according to Dong Yuzheng, head of the Guangdong Academy of Population Development. These people have low incomes and must continue working to support themselves, Dong added.

The country must offer opportunities for those elderly willing and able to work to bring their value into full play, Dong said, adding that China should improve skills training and job security for its senior citizens.

China has a big share of seniors who are still fit for employment as more than 147 million residents are aged between 60 and 69, making up over half of the elderly population, according to the census data.