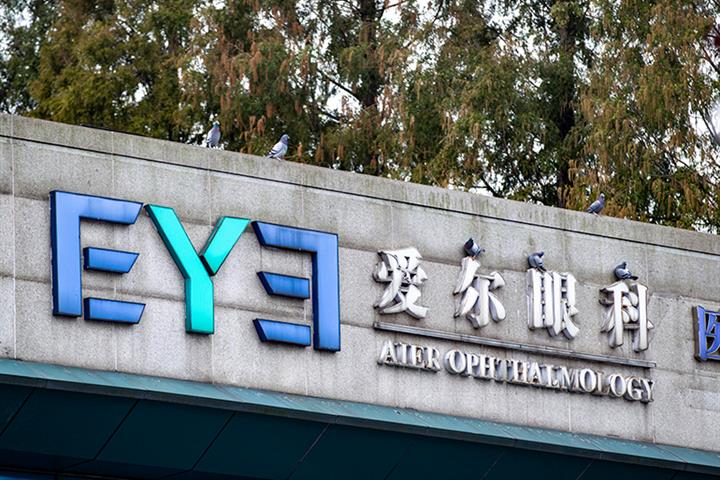 Ai Fen, one of the first doctors to warn of the coronavirus in the Chinese city of Wuhan, recently said she suffered a detached retina after cataract surgery at a branch of Aier Eye Hospital. The Changsha-based group has denied responsibility.

Ai was diagnosed by Wuhan Aier Eye Hospital with a cataract in the right eye last May and had intraocular lens implantation, costing CNY29,000 (USD4,487), she said on her Weibo account at the end of last year. She noticed a visual field issue in the lower left corner of her right eye on Oct. 23 and was told she had a detached retina.

Ai told Yicai Global on Jan. 2 that Aier Eye Hospital did not examine her eyes properly before the surgery, which resulted in a delay in diagnosing and treating her detached retina. She also said she suspected the hospital did the intraocular lens implantation surgery to earn more money.

The pre-surgery examination found no contraindications for cataract surgery and the procedure was successful, Aier Eye Hospital said today, adding that the retinal detachment occurred five months later and was not caused by the surgery. It also said Ai had a high degree of myopia, which means that she was at greater risk of retinal detachment.

Patients with severe myopia should have a wide-angle fundus photograph taken before surgery to check for related lesions, an ophthalmologist told Yicai Global, saying that the hospital would be liable if it failed to take the photo. Ai told Yicai Global that such an image was not taken before her surgery, and said she would present more evidence.

Cataract surgery is one of Aier Eye Hospital’s important sources of income. The firm had operating revenue of CNY4.2 billion (USD650 million) in the first half of last year, of which CNY625 million (USD96.7 million) was from cataract surgery, down 26 percent from the same period in the previous year.