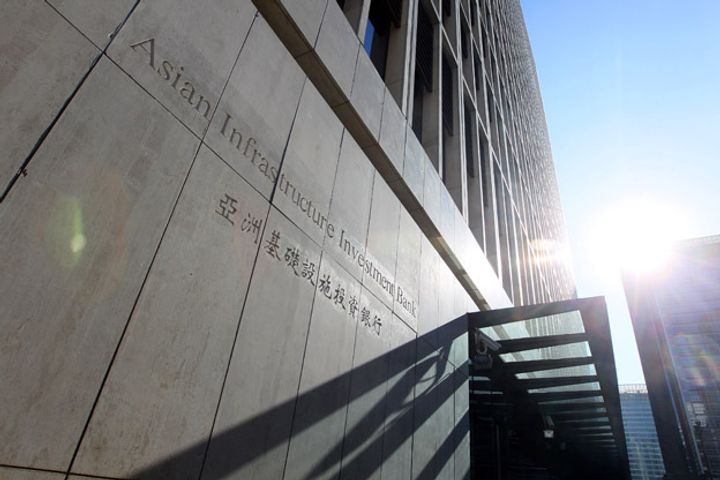 (Yicai Global) June 27 -- The Asian Infrastructure Investment Bank (AIIB) initiated by China and co-established by 57 other member countries in January 2016, held its third annual council meeting in Mumbai, India from June 25 to 26.

The bank called for private capital to deploy in infrastructure investment and announced a new investment agreement worth USD100 million with member India, which has received the most capital investment from AIIB since the bank formed.

To meet Asia's economic development and improve the people's living standards, capital investment in infrastructure needs in Asia must reach CNY2 trillion (USD303.4 billion) each year from now until 2030, which is roughly three times the annual investment in the past, Jin Liqun, president of AIIB, told the meeting.

The demand for new infrastructure in Asia will reach USD38 trillion between 2015 and 2030, estimates hold, with an average annual funding gap of USD1.4 trillion, AIIB data shows.

Funding sources for these investments must be more diverse, including domestic and international, public and private investment, Jin said, adding that international financing can also contribute.

AIIB also announced a USD100 million injection into the first phase of the parent fund of India's newly-established National Investment and Infrastructure Fund. It will also consider investing another USD100 million in the fund's second phase.

The Indian government initiated NIIF in a bid to attract more private capital to meet the country's huge infrastructure needs and become a cooperative platform for international and local financiers to invest in its construction.

The number of AIIB member countries has increased to 86, with a total loan amount of USD4.4 billion, as of April 11. It has 26 infrastructure projects involving more than 10 countries. The bank made its first loan project outside Asia in the past year, when it extended a USD210 million loan for a solar energy industrial park in Egypt's western desert, which will raise the North African country's use of renewable energy and wean it from its heavy reliance on oil and gas.