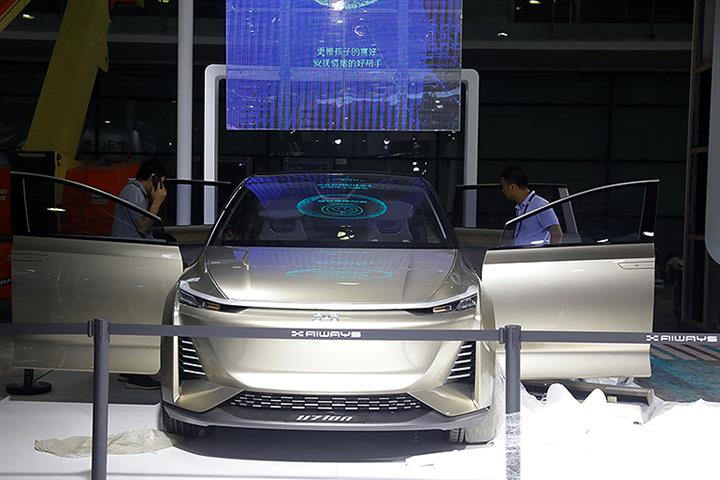 Aiways Has Not Said When It Will List on Star Market, Chinese NEV Startup Says

(Yicai Global) Oct. 28 -- Aiways has not yet announced when it will list on the Shanghai Stock Exchange’s Nasdaq-style Star Market, a spokesperson for the Chinese new energy vehicle startup told Yicai Global in response to a report that it was moving ahead with the initial public offering.

Aiways is seeking to go public on the Star Market in the second half of next year, financial news platform Cailian Press reported today, citing insiders.

“While the underwriters have been pretty much determined, the firm has yet to sign a contract with a brokerage,” co-founder and President Fu Qiang said earlier. “When the IPO goes ahead depends on investment conditions,” he added

The Shanghai-based unicorn is not short of money. It has already raised CNY7 billion (USD1 billion) in four rounds of financing and the fifth round is making good process, Fu said at the Chengdu Auto Show in July.

If Aiways goes public, it will be looking to tap into the success of compatriot electric carmakers Shanghai-based Nio, Beijing-based Li Auto and Guangzhou-based Xpeng Motors which all raised vast sums on the US stock market this year.

It is also not the only NEV manufacturer to be eyeing a Star Market listing. Hangzhou-based Geely Automobile Holdings and Guangzhou-based China Evergrande New Energy Vehicle Group are considering a secondary listing on it, while Shanghai-based WM Motor has said it might choose it for an IPO.

The three-year-old company’s first vehicle, the U5, rolled off the production line last December. It shifted 927 units in the first eight months of the year. The firm’s production base in Shangrao, southeastern Jiangxi province has a production capacity of 150,000 vehicles a year which can be extended to a maximum of 300,000 a year.