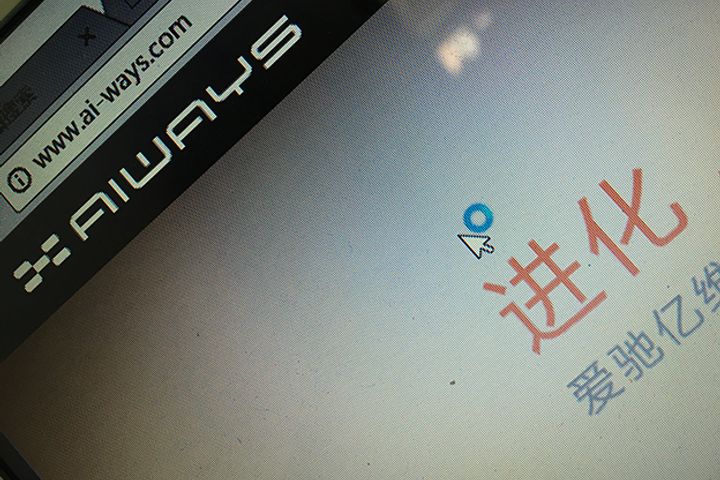 Aiways Is an 'Evolutionizer,' Not a Disruptor, Focused on Internet Thinking, Co-Founder Says

(Yicai Global) Oct. 18 -- Online automotive firm Shanghai Aiways Technology Co. is an industry 'evolutionizer' rather than a disruptor, Fu Qiang, co-founder and president, said in a recent interview with Yicai Global and other media organizations.

None of Aiways' founders have a background in online industry, unlike some other online carmakers, though most of its senior managers have worked at traditional automobile companies for many years.

"We see ourselves as 'evolutionizers', not disruptors. Having worked in the auto industry for so long, we hold a reverence for the industry that we must leave behind in the future," Fu added.

The firm has a different plan for future products and aims to offer consumers mobility solutions and services, rather than just vehicles.

The company's name means artificial intelligence (AI) on the way, he said.

"There is a vast range of intelligent technologies out there. Some of them may look very impressive, but they are too expensive to develop and can't be commercialized or mass-produced. Others have fancy high-tech names but little practical value. Naturally, we're not interested in these things," Fu added.

Automatic parking is one example, he continued. Many automatic parking systems are developed based on radar or other sophisticated technologies. Aiways, by contrast, adopts a two-pronged strategy that involves innovative vehicles and car parks. Smart parking spots make autonomous vehicle steering easier to achieve without giving the technology a prohibitive price tag.

The company has also developed a unique approach to product development. Fu's team believes that existing products are generally not user friendly, so they decided to focus on the mass consumer market to meet the public's demand for high-quality products.

Aiways has now finalized its product development plan for the next several years, said Wang Dongchen, vice president and chief technology officer. The firm first plans to unveil a supercar designed by Roland Gumpert at next year's Beijing auto show. Aiways will then develop a proprietary model based on a multi-agent, with production to start in the second half of 2019.

Roland Gumpert, founder of Apollo Automobil but now separated from the company, is a former director at Audi Sport and led the carmaker to four World Rally Championship titles.

The enterprise is a late mover in the internet auto manufacturing market compared with some other firms, but as Gu Feng, chief executive and chief financial officer, says, "The auto industry is radically different from the internet industry. The latter needs to buy time with money. Internet products don't have very demanding technical barriers, and anyone can build an app and put it on the market. Timing is also a consideration for auto products, but it doesn't make a big difference if a car is released one year later than its competition. If a product comes on the market this year but is poor quality, it won't sell. A good product will be successful even if it is released a year later."

Aiways instead thinks it is more important to make thorough preparations before product rollouts. Construction of its Shangrao plant in central China's Jiangxi province started in March with production capacity of the first phase projected to be 150,000 units a year. This will be increased to 300,000 units through the second phase of the facility.

"We're the only [internet carmaker] that has built sales channels before releasing products," said Zhan Gengwu, a vice president at the firm.

Existing marketing channels give traditional auto companies an edge in competition, but at the same time places tight constraints on them too.

Aiways is trying to overcome the inherent shortcomings of traditional sales channels through innovation, with sales operations covering both businesses serving corporate clients and retail consumers.

Corporate clients make up 70 to 80 percent of total auto sales in the US, but the proportion of corporate sales is still relatively low in China, as most products are sold through dealerships, Zhan added. However, the rise of new-energy vehicles, car-sharing and innovative mobility solutions will stimulate the development of new sales models. The firm has now started negotiations with Ehi Car Services Co. [NYSE:EHIC] and several other car rental firms on potential partnership opportunities.

Aiways' understanding of the industry evolution process is distinctly different from that of other companies, and so is its approach to financing operations.

"Aiways' investors are not venture capital investors, and all of them have already established a considerable presence in the industry. They can offer us resources across the industry chain, and won't withdraw investment with a guaranteed 10 percent profit three years later. So our financing agreements don't contain any valuation adjustment mechanisms because we need our investors to truly believe in our team and in the new-energy business," Gu said.

The company has raised CNY1.2 billion (USD181.5 million) in angel funding, and A-round financing totaling CNY2 billion will be conducted in the first quarter of next year, he added.