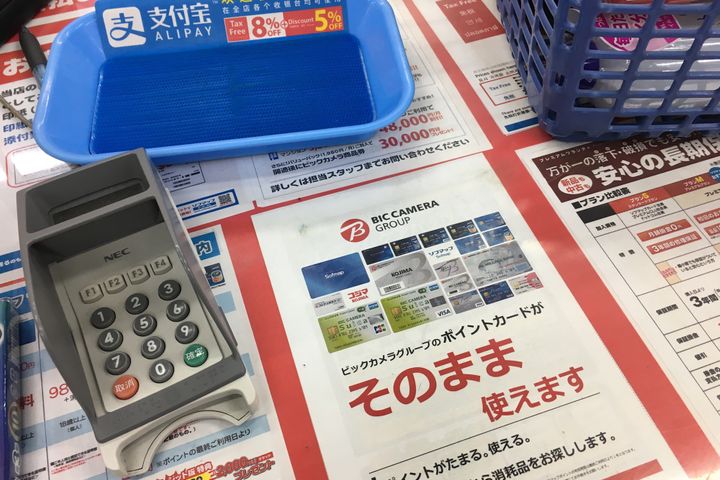 Alibaba Aims to Roll Out Alipay-Style Service for Japanese Residents

Alibaba will introduce a version of Alipay for them as early as Spring 2018, Nikkei reported. Users will be able to deposit money into the app. Alibaba aims to attract 10 million users within three years.

The new service will be provided by the Japanese arm of Ant Financial Services Group, the Alibaba affiliate that operates Alipay. To settle a transaction, purchasers will be able to scan a merchant's QR code. A seller will be able to scan a shopper's code to receive a payment. Payment and transfer account information will be represented in the QR codes.

Alipay can currently be used in over 30,000 stores in Japan, including Lawson, Yotobashi and department stores. The number of shops supporting Alipay is set to increase to about 50,000 by the end of this year. Alibaba's Japanese platform will focus on these locations and leverage the existing Alipay network that tourists in Japan fostered. The group will gradually add additional functions, such as movie ticket purchasing capabilities, to the app.

As Alipay only serves those with Chinese bank accounts, the new mobile settlement service will use a different brand name. After it is rolled out, Japanese users will also be able to use the service in China. This service will make traveling more convenient to the roughly 2.5 million Japanese that visit China each year.

The mobile payment market has room to expand in Japan, where the main settlement method is cash. Electronic currency transactions in the country were worth USD50.5 billion (JPY5.6 trillion) last year, indicating significant room for growth, per research by the Nomura Research Institute.