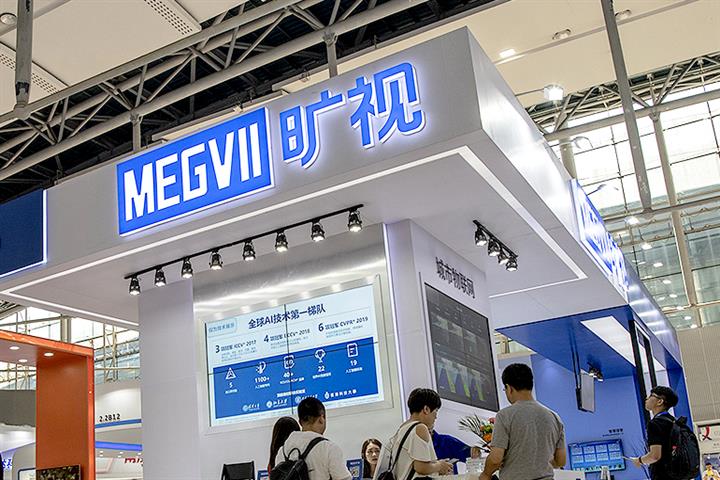 (Yicai Global) Sept. 10 -- Megvii Technology has been given the green light to proceed with an initial public offering on Shanghai’s Nasdaq-like Star Market. The Chinese artificial intelligence unicorn plans to raise as much as CNY6 billion (USD930 million).

The Shanghai Stock Exchange announced the IPO’s approval via its website yesterday. The company, which is the second leading player specializing in machine vision cleared to go public, plans to offer 253 million shares, accounting for no more than 15 percent of the total, according to its prospectus.

The four big names in China's machine vision field have now kicked off IPOs since last year. SenseTime submitted its prospectus to the Hong Kong exchange last month, and CloudWalk Technology’s application for a Star Market listing was approved in July. Yitu Technology is considering a Hong Kong IPO, after tighter regulatory scrutiny stalled an earlier attempt to list in Shanghai in 2020, Bloomberg News reported on Aug. 19.

Beijing-based Megvii plans to invest CNY2.2 billion of its IPO proceeds to build a basic research and development center, and CNY1.1 billion to develop and upgrade vision Internet of Things. The remainder will go to a smart robot project, research and design of sensors, and to supplement work capital.

E-commerce giant Alibaba Group Holding and its fintech affiliate Ant Group own 14.3 percent and 15.9 percent, respectively. As the parent company of China's largest third-party payment platform Alipay, Ant is one of Megvii's key clients and uses its image recognition algorithm.

Megvii's revenue rose 91 percent to CNY669 million (USD103.8 million) in the first half from a year ago. But the firm is still unprofitable due to huge R&D expenditure. Its net loss was CNY1.9 billion in the same period, while net losses run up over the past three years have reached CNY12.8 billion (USD2 billion).