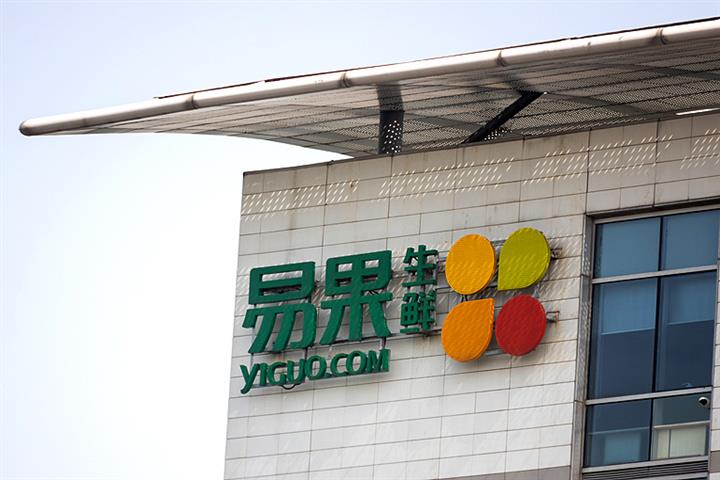 The Shanghai-based retailer is CNY2.3 billion (USD342.1 million) in debt and has failed to pay its liabilities, according to a court ruling. Yiguo’s Win-Chain Supply Chain Management and ExFresh Logistics Technology went into bankruptcy reorganization of their own accord on July 30. Other fresh food e-commerce platforms -- such as Dailuobo, Miaoshenghuo, and Jijixian -- also went belly up at the end of last year.

Set up in 2005, Yiguo Fresh sells produce to mid-to-high-end urban households. Its investors include Chinese e-commerce giant Alibaba Group Holding, Kohlberg Kravis Roberts, Goldman Sachs and others. Alibaba joined four rounds of fundraising, taking a more than 38 percent stake in the company. Zhang is the second-largest shareholder with 13.94 percent.

Yiguo’s gross merchandise volume was CNY10 billion in 2017, up 178 percent from the previous year, and the firm was expected to turn a profit in 2018, co-founder Jin Guanglei said previously. Ninety percent of its orders came from Alibaba’s Tmall Supermarket in 2017, but Tmall’s fresh food business was transferred to Alibaba’s Hema Fresh after it was set up, limiting Yiguo’s development.

Yiguo was hit hard this year by the coronavirus outbreak as consumption of imported meat, fish and seafood -- which account for the bulk of the foodstuffs it sells -- plummeted, an observer noted.