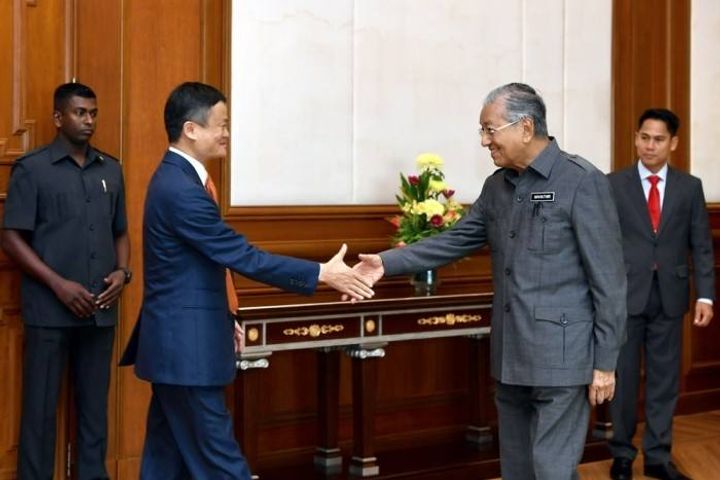 Malaysia hopes to learn from China's globalization efforts and strengthen ties with the world's second-largest economy, Mahathir told Ma in Kuala Lumpur yesterday. The meeting was the first with a Chinese entrepreneur since the premier began his second stint in office on May 10.

Ma, who was also in town to open Alibaba's new office in the capital, its first in Southeast Asia, pledged to help create jobs and promote technology transfer into Malaysia. His firm is already helping Malaysian firms crack the global market through its online platforms, he added.

The talks come after Mahathir decided to review some major China-backed infrastructure deals greenlit by his predecessor, Najib Razak. These include the East Coast Rail Link, a MYR55 billion (USD13.7 billion) project due to be built by China Communications Construction, which Mahathir believes may be too expensive and not beneficial to Malaysia.