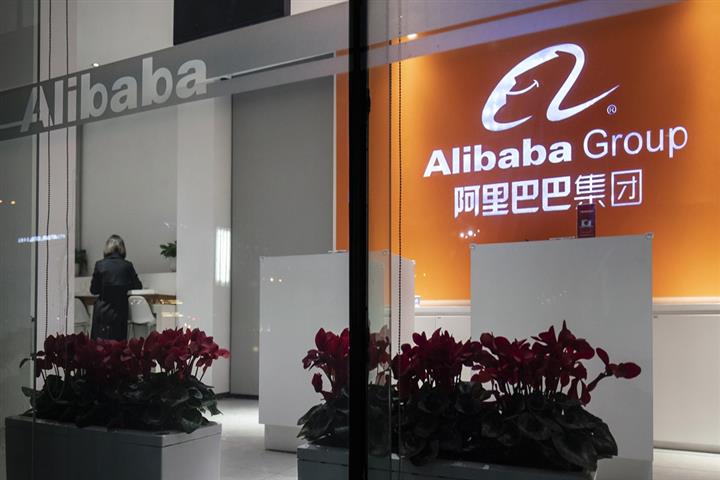 (Yicai Global) April 12 -- China's State Administration for Market Regulation (SAMR) has slapped a fine of 18.23 billion yuan ($2.78 billion) on Alibaba Group for indulging in a monopolistic act of abusing its dominant market position.

The SAMR said in a notice on Saturday that it had made an administrative penalty decision under China's anti-monopoly law, ordering Alibaba Group to stop illegal activities and imposing a fine of 4 percent on its 2019 domestic sales of 455.71 billion yuan, totaling 18.23 billion yuan.

The market regulator concluded from a four-month investigation that Alibaba has been abusing its market dominance since 2015 by prohibiting merchants from opening stores or participating in promotional activities on other competitive platforms.

SAMR said that Alibaba's "pick one out of two" requirement restricted competition among online retail platforms and infringed the legitimate rights of the merchants, at the same time hurt consumers' interest.

"Alibaba accepts the penalty with sincerity and will ensure its compliance with determination," the company responded in a statement on Saturday. It pledged to strengthen its operations in accordance with the law, step up the building of a compliance system, and better fulfill its social responsibilities.

Since its founding in 1999, Alibaba has morphed into one of the world's largest e-commerce companies. The company's 2014 listing on the New York Stock Exchange was then the biggest stock offering in world history.

"Enforcement of the antitrust law is also a way to educate the sector," said Liu Ying, Research Fellow of Chongyang Institute for Financial Studies at Renmin University of China, who has written extensively on China's platform economy.

Liu dismissed the idea of "the freedom of contract signing" between merchants and platforms in this case, shrugging off the theory of"voluntary" signing on exclusive transactions.

"It's clearly a monopoly behavior in forcing companies to 'choose one out of two'," Liu told CGTN, adding that when a platform holds a dominant market position, merchants cannot really enjoy the freedom of contract.

Liu emphasized that adhering to the anti-monopoly of the platform economy and preventing the disorderly expansion of capital are essential in ensuring the healthy development of enterprises.

She added that China's strengthening of anti-monopoly effort will not only benefit the country's e-commerce companies in the participation of international competition, but also empower China in contributing in making international digital trade rules.

The guidelines, drafted under the basic system of China's anti-monopoly law, details the features of the platform economy, basic principles of regulator's supervision, and gives specified guidance on monopoly agreement, abuse of dominance, and concentration of undertakings in the context of the platform economy.

At the beginning of 2020, China started the process of making revisions to its antitrust law for the first time since it took effect in 2008, with major changes on regulating abuse of market dominance.

SAMR has earlier fined 12 companies, including internet giants Tencent and Baidu in March for violating anti-monopoly law in making deals.