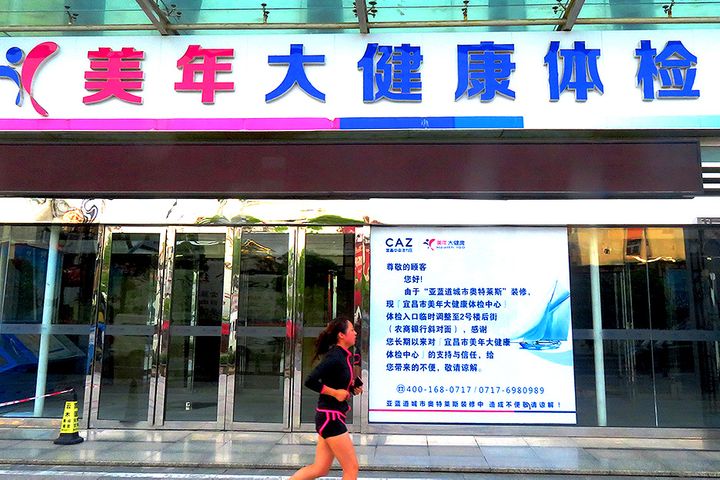 Alibaba China Network Technology and Bosera Asset Management signed an agreement three weeks ago to buy new shares priced at CNY11.6 (USD1.70) each, Shanghai-based Meinian said in a statement yesterday. Alibaba bought 159 million in the private placement, lifting its holding by 4.1 percent, while Bosera subscribed for 18.2 million. The stock was registered on Nov. 5.

Alibaba founder Jack Ma has said that health and lifestyle are key areas for the Hangzhou-based company's future, Shanghai Daily reported. The share purchase is Alibaba's latest investment in healthcare.

China's market for medical check-ups will be worth CNY465.5 billion in 2022, according to an estimate by Big Data firm Analysys. That means private players have a more than CNY10 billion slice of a sector that is 80 percent dominated by public hospitals.

Meinian raised about CNY2.1 billion from the allocation, which made Alibaba China Network its second-largest shareholder with a 9.4 percent stake. The proceeds will go toward four projects, including the set up of a biological sample bank and a data center, it said.

Meinian Chairman Yu Rong and his associates will hold on to 21.2 percent of the company, down from 39.6 percent, but will remain the actual controller.

Shanghai Qijun Investment, Alibaba and its affiliates penned deals with former Meinian shareholders to acquire 5.3 percent and 10.8 percent at CNY12 a share on Oct. 25.

Separately, on Nov. 11 Meinian and Alibaba penned a deal on in-depth cooperation in the fields of physical check-ups, drugs, health products and insurance.