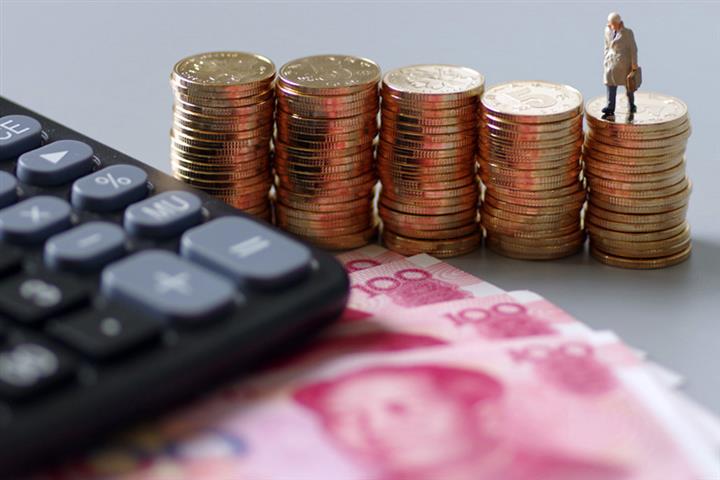 (Yicai Global) April 22 -- Strong countercyclical measures taken by the People’s Bank of China have provided adequate levels of liquidity in the country’s markets, leading to falling interest rates across the board and the issuance of more bonds. This has greatly cut the financing costs of companies battling with the fallout from Covid-19.

The PBOC injected CNY1.3 trillion (USD183.4 billion) worth of liquidity into the country’s markets in the first quarter, many times more than the CNY42.5 billion provided in the same period last year.

To ensure adequate liquidity, the central bank cut the reserve requirement ratio, which is the minimum proportion of funds that a bank must hold in reserve, several times. It also lowered interest rates on banks’ excess reserves at the central bank, on reverse repurchase agreements as well as the medium-term lending facility.

The overnight Shanghai Interbank Offered Rate, which is the reference rate set overnight at which banks offer to lend funds to other banks, has been below 1 percent for seven consecutive trading days. The PBOC has also suspended open market operations of reverse repos for 15 straight trading days due to sufficient liquidity.

Market interest rates stayed within a small range of 2.2 percent from early February to mid-March, but since late March this rate has fluctuated more and the short-term interest rate dropped rapidly, a market insider told Yicai Global. The interest rate for seven-day repurchase of depository institutions in the inter-bank market has basically remained under 2 percent.

“The decline of short-term interest rates was quite prominent, especially when the rate on excess reserves was revised downward to 0.35 percent from the previous 0.72 percent on April 7,” a bond trader at a large state-owned bank told Yicai Global.

The current interest rate on excess reserves is the lowest since 1996, and its downward revision makes more room for the decline of the overnight funding rate, according to a research report by Jianghai Securities. That greatly reduces the cost of funding in the inter-bank market.

Dropping interest rates have influenced the bond market. The number of bonds issued since the start of the year has been on the rise, with decreasing earnings rates. Some newly issued bond’s coupon rates have even fallen below the 4 percent threshold, a rare event.

“Sufficient market liquidity together with the declining appetite for risk, have made low-risk bonds more popular, resulting in a further decrease in their interest rates,” an insider at Beijing’s bond market told Yicai Global.

The average annual interest rate for corporate bonds was 4.15 percent this month as of yesterday, down 84.58 basis points from January, according to the financial information service platform Wind. Medium-term notes were down 66.39 bps from January to 3.35 percent, while short-term commercial papers were down 74.51 bps to 2 percent.