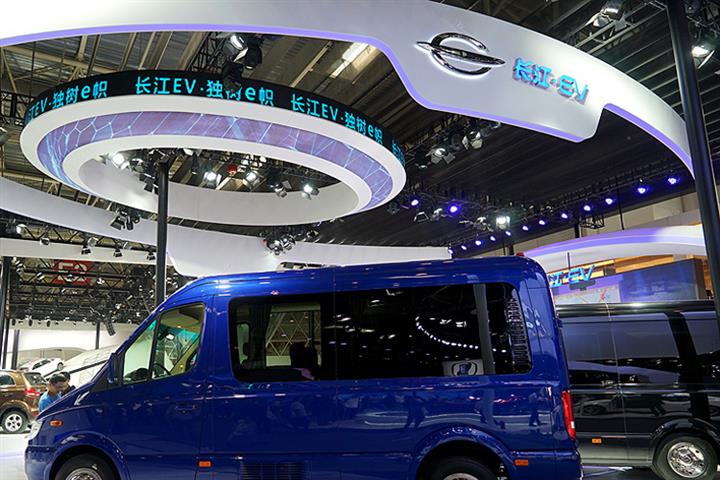 (Yicai Global) Nov. 2 -- One more Chinese new energy vehicle startup has fallen by the way, and has been pushed into bankruptcy following the crashes of Byton, Bordrin Motor and Jiangsu Saleen Automotive Technologies, as a Chinese court granted a creditor’s bid to have Hangzhou-based Changjiang EV pushed into bankruptcy restructuring, with liquidation the olutcome if that fails.

The local court in Changjiang EV’s home city of Hangzhou, a garden city in China’s eastern Zhejiang province where tech titan Alibaba Group Holding is based, held a hearing on the involuntary reorganization and liquidation case on Aug. 24 at the petition of commercial travel services provider Hangzhou Wantu Business Services, a document the court released on Sept. 29 shows.

Court-appointed administrators had already been taken over the company’s operations in mid-September, a Changjiang EV senior executive told Yicai Global, adding this made the firm’s shareholders and actual controller shy from discharging their official duties and with its original management only helping out.

“The administrators plan to plot the route of restructuring by easing burdens, introducing funds and restarting production and sales. They are negotiating with investors, and these talks are proceeding, but uncertainties also persist,” the executive noted.

Pulling Out the Rug

The carmaker began to come under a working capital crunch from the second half of 2018 as national subsidies on NEVs gradually were phased out and market demand dropped, narrowing even further last year, which placed greater pressure on the company’s funding.

Changjiang EV’s sales volume remained low as its products lost touch with market demand, with some 1,000 of its electric mid-sized buses and passenger vehicles selling last year. The EV maker, which has already ceased production, still owes employees’ salaries from last year’s second half. It could not even produce US orders penned at last year’s end because of a liquidity shortfall. Changjiang EV was in arrears with staffers’ wages for an entire year as of last month, the executive added.

Favored by capital, China has become the birthplace of hundreds of NEV startups in recent years. Funds flow only to leaders in the sector, however, because many nascent carmakers perform under expectations and face financing snags and frequent reports of bankruptcy filings and delayed wage payments, according to investment institutions.