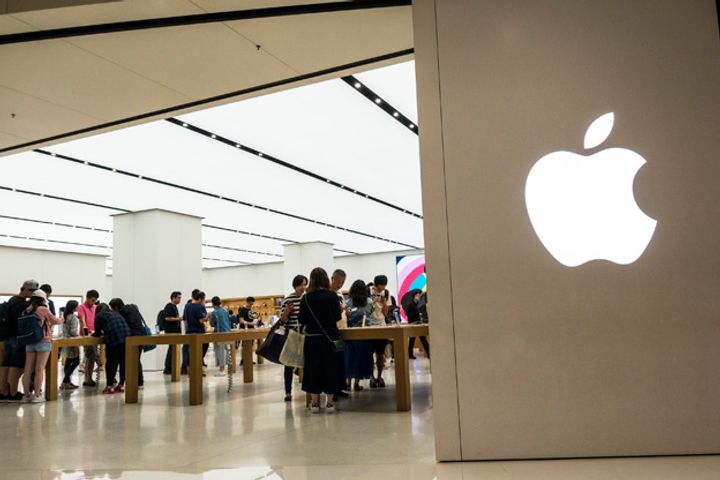 (Yicai Global) Oct.16 -- Apple has responded to Chinese consumers about an Apple ID leak that has led many clients to lose money up to tens of thousands of Chinese yuan (USD1,400 and up) due to password-free payments. The US tech behemoth advises users to adopt multi-step authentication.

An investigation is underway and Apple strongly recommends to add two-factor identification to payments, the California-based firm said in a statement today.

Some iPhone users have noticed phishing scams that have drawn money from their Apple ID accounts which require no password up to a certain limit. Thieves have spent the money on virtual products such as purchasing gaming coins. Some clients are also trying to fabricate their losses to apply for unjust refunds, according to the US firm.

Apple has taken many measures to protect the users and prevented a lot to frauds, the company said, adding that issues have reduced after it applied tighter scrutiny over transactions that are put forth quickly after changing an account ID.

The firm's previous China leak was reported less than a week ago as Ant Financial Services Group's third-party payment platform Alipay put on the alert that users could lose money on their accounts that are linked to Apple IDs.

"All the stolen IDs bound to payment tools including Alipay, WeChat Pay and credit cards are at risk of causing financial losses before Apple solves the problem (to stop thefts)," the Hangzhou-based payment platform posted in on its official Weibo microblogging account on Oct. 10.

Alipay recommended users to reduce their payment quotas that can be done without typing in a password to minimize risks.