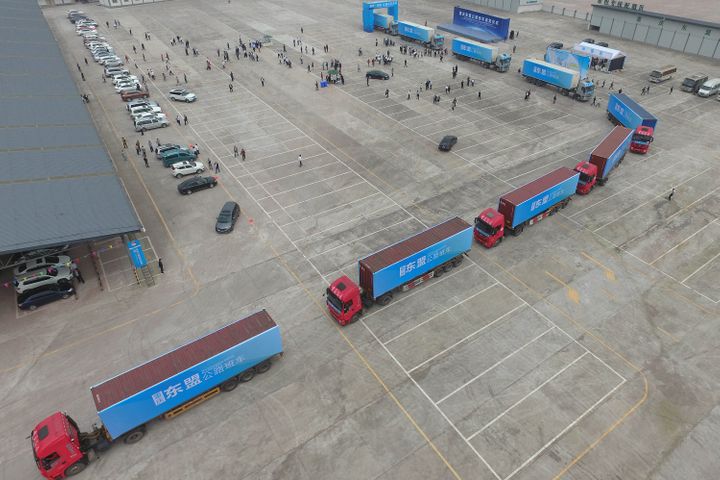 The global freight channel was designed to link the Chinese city with ASEAN (Association of Southeast Asian Nations) countries using freight highways, with Chongqing serving as a cargo distribution center.

The international logistics channel is comprised of three corridors -- eastern, central and western. The eastern portion opened in April last year. It starts from Chongqing and ends in Vietnam's Hanoi by way of the Pingxiang Port in Guangxi province.

The first truckload of goods was transported along the central route in late July, said Zhao Jing, head of the economic development department at Chongqing's road logistics center. The truck left Chongqing and arrived in Bangkok via the Mohan Port in Yunnan province after traveling 2,700 kilometers in 96 hours.

"The central road route substantially cuts the time needed for freight transportation between Chongqing and Thailand, relative to ocean shipping which typically takes 30 days," Zhao said. With the start of the central route freight service, automobile and motorcycle parts produced in Chongqing and surrounding cities can be transported to Southeast Asia using the non-stop route. ASEAN countries can send fruits, grain and timber to Chongqing more conveniently and efficiently. The imports can then be delivered to central and western areas via regional transportation networks.

The western part of the channel is set to open soon. It is about 2,800 kilometers long. It starts in Chongqing and ends in Yangon, Myanmar via the Nanruili Port in Yunnan.