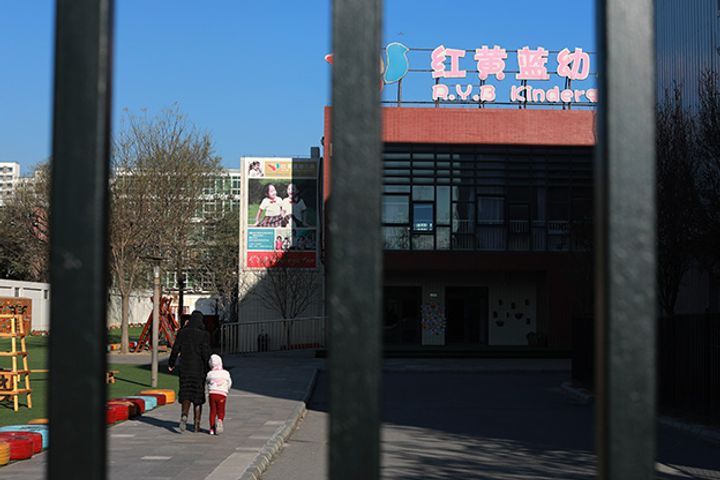 (Yicai Global) Nov. 27 -- The Beijing police have conducted a three-day investigation into child abuse cases at an RYB Education Inc. [NYSE:RB] facility and announced their preliminary findings. An involved teacher surnamed Liu has been detained for the alleged criminal act of abusing minors.

The Beijing police said on Nov. 25 that they received a call on Nov. 22 from parents whose children attended the RYB school in Xintiandi in Chaoyang district and that these parents said that teachers in this education center abused their children. The police probed the case immediately and are conducting further investigations.

The Beijing police said that they spotted someone spreading fake news on the internet about soldiers performing indecent acts on children. This person, who has caused severe social impacts, has been sentenced to administrative detention.

The local government of Chaoyang, where the school is located, said that they have conducted interviews with the principal, ordering the immediate removal of the dean from her office. The Chaoyang government has demanded the education authority of Chaoyang send a special supervisory group consisting of educational officers to this school, urging the school to conduct an overhaul to fix hidden problems in its systems to ensure the absolute safety of the children it schools. The Chaoyang government has looked for hidden safety problems at all preschools in the district.