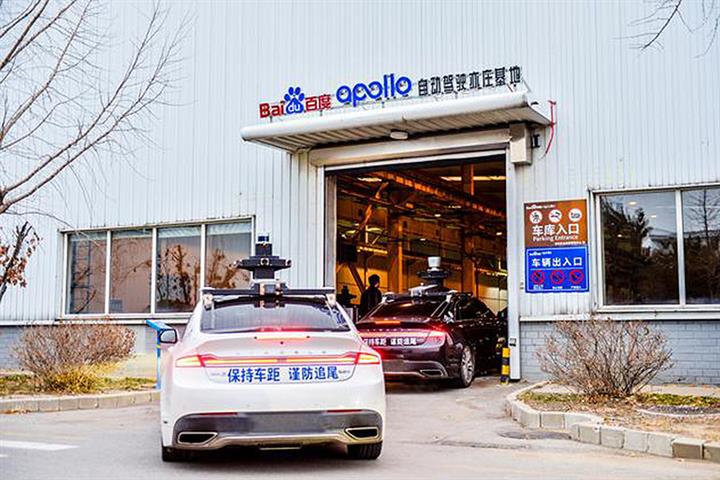 (Yicai Global) May 26 -- Chinese search engine titan Baidu announced today that it has wrapped up building work on the world’s biggest testing base for autonomous driving and road-coordinated applications in Beijing.

The 13,500-square-meter Apollo Park will provide services from research and development to testing of Baidu’s self-driving platform Apollo. Beijing-based Baidu has not yet specified the amount of investment in the facility, which it began work on at the end of 2018.

Apollo Park is located in the Beijing Economic-Technological Development Area (Yizhuang Development Area) in the southeast part of China’s capital. The state-level zone announced late last year that it would open the entire area, covering a total of 111 roads with overall distances of 322 kilometers, for autonomous driving tests. Officials noted at that time the BDA hopes to complete the implementation of the online vehicle-hailing project with self-driving cars this year.

Baidu secured the first batch of 40 licenses for manned autonomous-driving tests in Beijing at the end of last year, and the firm has since landed 120 such licenses, ranking first among all Chinese companies. Baidu has also invested the most in self-driving test vehicles, along with the most mileage for such tests in Beijing in the past two years, according to Apollo data.

Baidu launched research and development of technologies relevant to autonomous driving in 2013, and debuted Apollo, which is an R&D platform open to the public, in 2017. And by the end of last year, the platform’s self-driving vehicles had been tested in 23 Chinese cities, with a total road test mileage of more than 3 million kilometers.