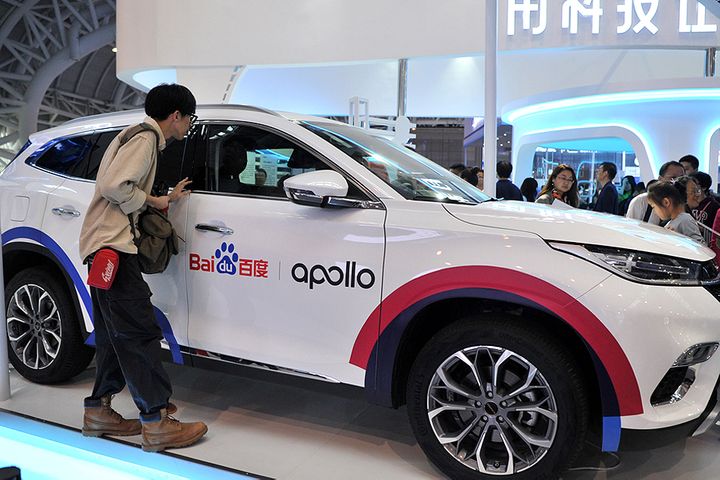 (Yicai Global) Dec. 30 -- Baidu, the Chinese internet giant that is investing heavily in autonomous driving, has obtained the first batch of permits to test self-driving vehicles in Beijing with a driver present.

Forty licenses have been issued to the Beijing-based firm, the city's Municipal Commission of Transport said on its website today. Powered by Baidu's open-source operating platform Apollo, the 40 licensed vehicles have already clocked over 100,000 kilometers.

Issuance of the licenses comes close on the heels of China's capital releasing its rules on driverless car trials earlier this month. Beijing is racing ahead in a bid to put such vehicles on its roads. It now leads the country in driverless car testing. It has made 151 roads available for trials with a total length of 503 km, the most nationwide, according to today's statement.

That includes 40 square kilometers of enclosed testing grounds in the Yizhuang Economic and Technological Development Zone in the capital's southern suburbs that encompasses 111 roads with a length of 322 kilometers.

On Dec. 15, Beijing became the third city after Shanghai and Guangzhou to release rules for self-driving tests accompanied by a driver. The regulations require test conductors to provide proof that their vehicles have traveled 100,000 km on test roads before allowing qualified staff to man them, and to have driven a minimum of 500,000 km before becoming available to the general public.

Baidu has obtained test licenses for 120 vehicles in China and has conducted unmanned trials in 23 cities with a total mileage of over 3 million kilometers, according to the firm.