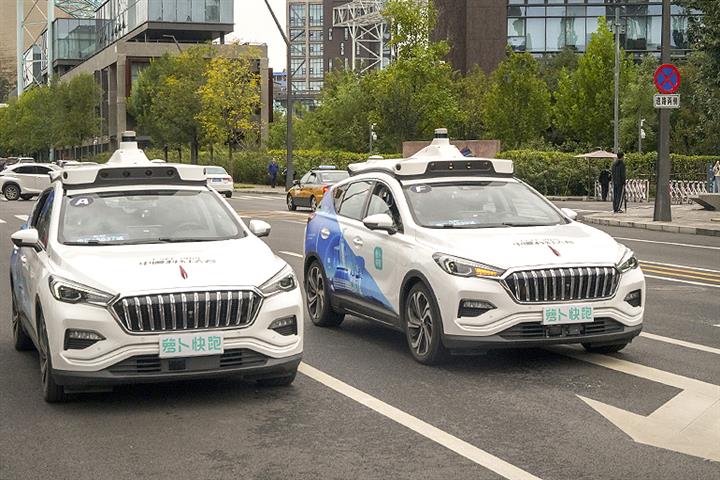 Ten self-driving cabs with no human drivers will join the fleet of Baidu’s autonomous ride-hailing service Apollo Go in a 60-square-kilometer zone of Beijing between 10 a.m. and 4 p.m. from today, the Beijing-based firm said in a press release. In its statement, Pony.ai did not give any details.

Approval is a significant milestone for the autonomous ride-hailing sector in China and indicates a regulatory openness to taking a further step toward a fully driverless mobility future, Baidu said.

Last November, Baidu and Pony.ai, which is based in Guangzhou and Silicon Valley, secured approval to run China’s first commercial driverless taxi services, but with a human driver behind the wheel to take over if necessary.

Baidu plans to add 30 more robotaxis at a later stage, it added. Rides can be booked through the Apollo Go app.

Since its launch in 2020, Apollo Go has expanded to nine cities in China, including the four first-tier cities of Beijing, Shanghai, Shenzhen, and Guangzhou. It took 213,000 orders in the fourth quarter of last year, making it the global leader on that count.

Founded at the end of 2016, Pony.ai is one of the fastest-growing self-driving tech businesses. It has also won licenses to test and offer services in other areas of China and in the United States. The firm had over 700,000 orders through its WeChat mini-program PonyPilot+ since the launch of its ride-hailing service in December 2018.