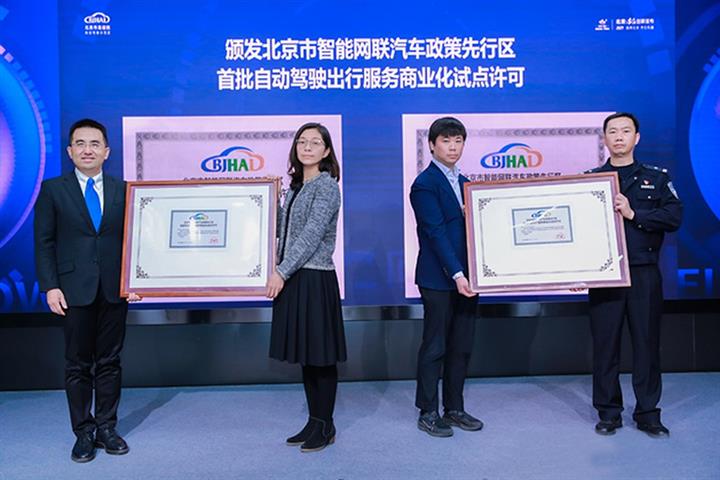 The two companies are cleared to offer the new services in an area of 60 square kilometers in the Beijing Economic and Technological Development Area, with over 600 pick-up and drop-off points, after the Beijing High-level Automated Driving Demonstration Area gave its permission.

The cars will drive themselves, but for now they will still have a human driver behind the wheel to take over if necessary.

Baidu, which launched trial services last year, said this would be the first commercial rollout of its Apollo Go robotaxi business, adding that fares will be similar to those charged by premium ride-hailing services. Last week, Baidu said it had completed over 10 million miles of testing and aimed for its robotaxis to be available in 100 Chinese cities by 2030.

Founded at the end of 2016 and based in Guangzhou and Silicon Valley, Pony.ai is one of the fastest-growing firms focused on self-driving technologies. It has set up research and development centers in Beijing and Shanghai and has also won licenses for self-driving testing and services in other areas of China and the United States.