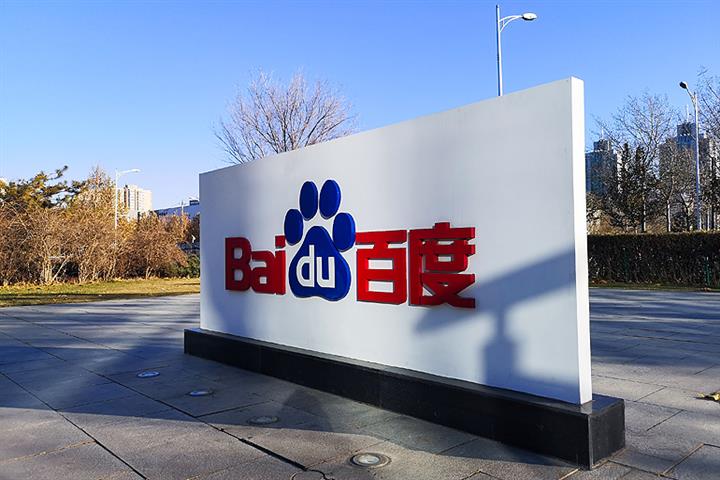 (Yicai Global) March 1 -- Baidu held an extraordinary general meeting today to deliberate on a proposed share split, suggesting that the Chinese internet giant is moving closer to a secondary sale of shares in Hong Kong.

Baidu’s board has approved splitting one ordinary share, represented by 10 Nasdaq-traded American depository shares, into 80 with effect from today, according to a document the Beijing-based company released previously.

A person close to the company told Yicai Global that after the stock split Baidu’s US and Hong Kong share values would be close, though denominated in different currencies, making it easier for international investors to assess the price trend in the two markets.

Baidu is not the first US-listed tech giant to divide its shares before a Hong Kong secondary listing. Alibaba Group Holding said its stock split was to “raise the number of shares to be issued at a lower price and increase the firm’s flexibility to raise capital in the future, including issuing new shares.” The e-commerce company joined the Hong Kong Stock Exchange in November 2019.

Robin Li, Baidu’s founder and chairman, said last May that the company has been keeping an eye on the US government’s tightened control over US-listed Chinese stocks and discussing what it can do, including a secondary listing in Hong Kong.

Besides Baidu, more than 10 US-listed Chinese tech firms such as Bilibili, Sina Weibo, Trip.Com Group and Tencent Music, are believed to be weighing or preparing secondary listings in Hong Kong.

A company can apply for a secondary share sale in the city without being obliged to disclose details of its plan on the Hong Kong Exchanges and Clearing’s website before passing the listing hearing, according to the bourse’s procedures.

Earlier this year, it was reported that Baidu had launched its Hong Kong listing, with Goldman Sachs Group and Citic Group as sponsors. The firm was expected to sell 5 percent to 9 percent of its stock and raise at least USD3.5 billion.