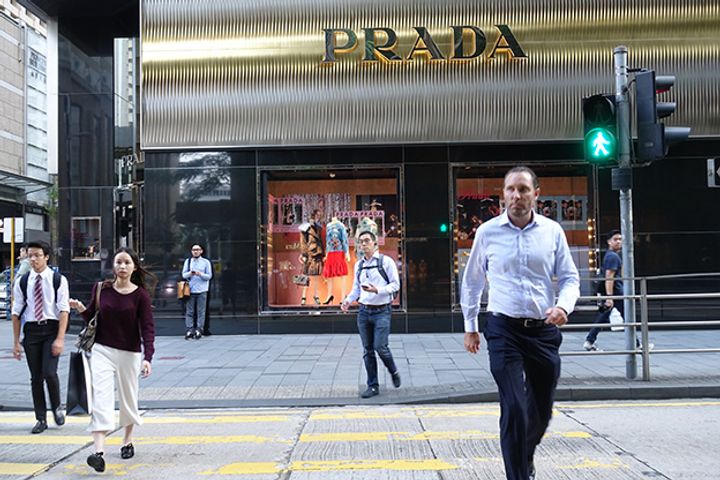 (Yicai Global) June 13 -- Consumer-to-consumer marketplaces for luxury fashion rentals have become the latest phase in China's emergent sharing economy, with designer handbags on offer for less than the price of a cup of coffee.

Tina, a bank clerk, tried out a Balenciaga motorcycle bag through an app recommended by friends. In stores, the product has a price tag of CNY9,000 (USD1,405), but the app offered to send the bag to her home and back after five days for a total of CNY60 (USD9.37), which included a discount. A Starbucks coffee will set you back about CNY30 (USD4.70) in Shanghai.

Tina had to pay a deposit of CNY6,000 for the rental, but the platform promised to return the payment immediately the bag was returned on schedule. Some platforms have also begun to support the use of personal credit systems such as Ant Financial's Zhima Credit in order to skip deposits.

The so-called sharing economy, where companies and people offer to loan resources such as cars, homes and money through online platforms, is penetrating every aspect of Chinese people's lives thanks to the ubiquity of smartphones in the country. New business models inspired by the sharing economy have appeared in the mid to high-end consumer market, which is an attractive segment for investors, GGV Capital's Tommy Tang told Yicai Global.

Chinese shoppers account for about a third of the global luxury goods sales market, according to a report from Bain and Italian luxury brand committee Altagamma states. The joint report predicted that this year, revenue growth in China's mainland will jump 20 percentage points to 22 percent from last year, more than in any other country. Bain also estimated that online sales of personal luxury items will make up a quarter of the market by 2025.

To prevent fake products entering the market, the leasing platforms have strict identification systems. But the Chinese online luxury market still lacks governmental certificates such as in Japan.

The sharing model has gained critics too. Luxury goods, from handbags to jewelry, are status symbols that people purchase out of impulse or desire, an insider from a well-known upscale Italian brand told Yicai Global.

For some, the sharing economy offers the flexibility of trying out products before buying them. After returning the Balenciaga handbag, Tina said she might purchase her own one day.

"Consumers want to own these goods, rather than use them temporarily," the insider added.