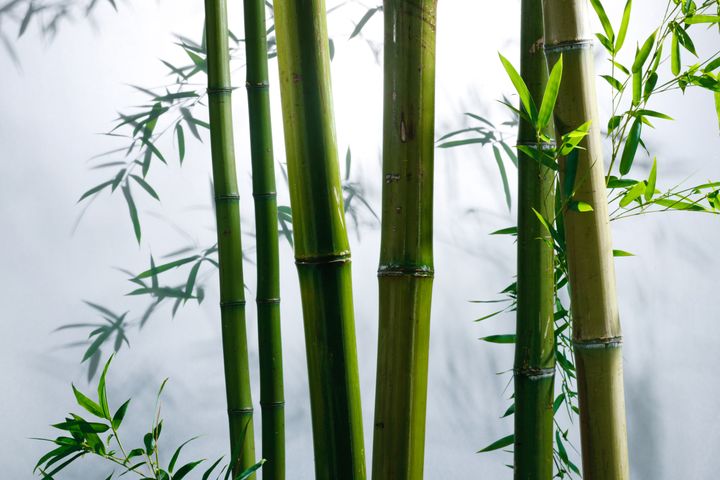 China also has a lot of pipelines—some 120,000 kilometers of oil and gas lines alone.

Perhaps it was only a question of time before the two got together.

The matchmaker was Ye Ling, who pioneered wound bamboo composite pipeline technology in 2006. By the following year, he had established a research and development team to test the feasibility of the concept. "Research finally culminated in industrial application in September 2016," says Ye. "We now have three production centers in operation."

Today Ye is board chairman of Zhejiang Xinzhou Bamboo-based Composites Technology Co., Ltd. (Xinzhou Bamboo) and director of the Engineering Research Center for Bamboo Winding Composites (ERCBWC), part of the State Forestry Administration. His initiatives coincide with a growing demand for pipelines: It is estimated that by 2020, China's oil and gas pipelines will reach 150,000 km; by 2025, there will be some 240,000 km.

But how can bamboo be transformed into pipe? The key is winding. Bamboo has good elasticity and flexibility, so it can easily be processed through weaving and winding. Wound bamboo composite pipelines with resin adhesive are fireproof, waterproof and anti-seismic. They provide good thermal and electric insulation, are corrosion-resistant and can bear high pressure.

And unlike plastic, steel, cement and other traditional pipe materials, they are environmentally friendly, given that bamboo is a sustainable, low-carbon resource with a short growth cycle. "Replacing traditional pipelines with wound bamboo composite pipelines means replacing high-polluting, high-energy-consuming, non-renewable materials with renewable resources," says Ye. It also means saving money: Conservative estimates hold that they can reduce costs by 20 percent.

Armed with these arguments, Ye maintains that bamboo composite pipelines should be the material of choice in a variety of areas: the oil and gas industries, municipal water systems, irrigation, the telecommunications and chemical industries…. The technology could also be adapted for use in high-speed rail cars, aircraft fuselages and military equipment.

To date, Xinzhou Bamboo is the only enterprise to specialize in wound bamboo composite materials. Ye would like to see that change, and he is working hard to spread the bamboo gospel around the world. His has serious creds: no fewer than 66 patents. He also has the support of the Chinese government, which declared bamboo winding composite pipe to be a national key low-carbon technology. Indeed, China's forestry administration projects that 500 large-scale production units for wound bamboo materials will be built in China by 2020, with an annual output of 10 million tons and total output value of more than USD 29.4 billion (RMB 200 billion).

Ye's promotional efforts include participating in international seminars and entering cooperation agreements with other institutions. Last December, the ERCBWC signed a memorandum of understanding and cooperation with the International Network for Bamboo and Rattan (INBAR). "INBAR will introduce and promote this innovative technology to its 42 member states," says Director General Dr. Hans Friederich. "All our members, with the exception of Canada, produce bamboo. And many other countries in Latin America, Asia and Africa have abundant bamboo resources. They will certainly be interested in this composite technology."

According to Friederich, few people are aware of the realities of the bamboo industry. "They think it's backward and poor. We want to use wound bamboo composite technology to change their mind."

Meanwhile, Ye's Xinzhou Bamboo is getting a new infusion of funds from Beijing Capital, which will facilitate future research and development. Currently on the drawing board are bamboo-hemp composite pipelines (a joint project with the University of North Texas); adding chips to monitor temperature, strength, pressure and other information on a real-time basis; and bamboo composite rail cars and storage tanks. For Ye, this is only the beginning. "This technology will serve an unimaginably positive function in the development and progress of human society," he says.