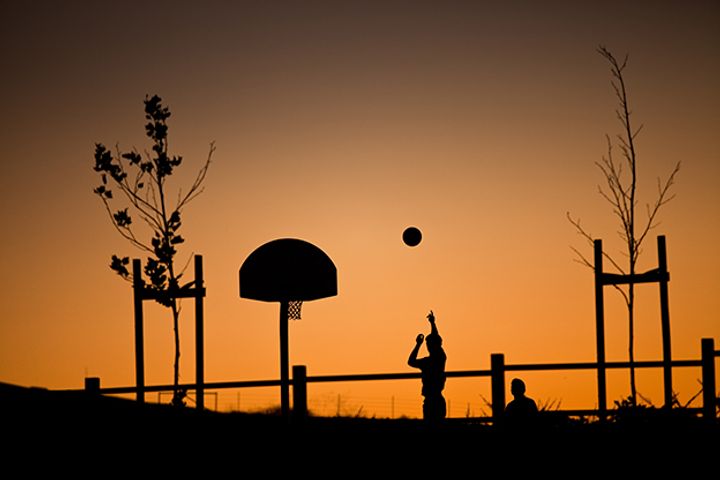 Basketball Brings Hoop Dreams to Even the Smallest Chinese Towns

China's national-level basketball league was set up in 1995 and by 2008 was hosting 18 teams from cities around the country. A number of Chinese players, the best-known being Yao Ming, have even made it to the NBA. The country is also set to host the 2019 International Basketball Federation (FIBA) World Cup.

"More than half of the 17,000 residents in the town know how to play basketball," state-owned news agency Xinhua quoted Su Shaorong, who has worked at Baofeng Town Cultural Center for 40 years, as saying. "The strongest basketball atmosphere is in Zhenguan Village."

"A basketball is the most popular gift for kids aged two or three in Zhenguan village," Su added. "When village leaders are elected, how strongly a candidate values basketball is something voters consider particularly important."

"We can delay our farm work for half a day, but we couldn't delay watching basketball for even half a minute," said Tian Shengjing, a 78-year-old farmer in Zhenguan. "I watch almost all the important NBA and CBA games."

Tian's favorite player is Stephen Curry, an NBA all-star and two-time NBA Championship winner with the Golden State Warriors. The farmer rushes home from the fields to catch every Warriors game.

To others, Tian is pretty much obsessed with the sport. Whenever basketball games are held in the town, he'll ask his family to take his lunch to the court so he can grab the best seat to watch the game.

"Everybody in Baofeng, from kids to the elderly, love basketball," said Xu Yongfeng, head of Baofeng Town Cultural Center. On days when NBA or CBA games are played, there'll be about 20 percent less people at the market.

Some villagers said the local basketball courts are occupied between 6.00 a.m. and 8.00 a.m. and after 6.00 p.m., and the sport is continuously changing local residents' lifestyles.

The basketball courts in Baofeng have been redeveloped from soil-and-cement to floodlit courts in recent years as the region has looked to develop sports and physical fitness in rural areas. All of the administrative villages in the area have basketball courts.