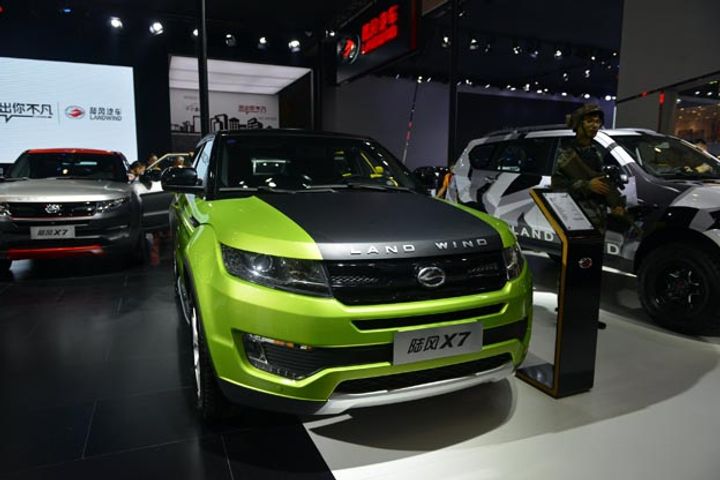 (Yicai Global) March 25 -- A Beijing court has ordered Jiangling Motors to cease production and sales of its imitation Range Rover Evoque in a seldom-seen legal win for a foreign carmaker following a three-year trial.

The court ruled on March 13 that the Chinese carmaker was guilty of plagiarism, the Beijing Evening News reported today. It also ordered the company to pay UK-based Jaguar Land Rover Automotive compensation of CNY1.5 million (USD223,460).

Many Chinese and international car models look similar, an industry insider said, adding that foreign carmakers have seldom won lawsuits in the country that accuse domestic firms of imitation. This is a landmark case.

denied any similarity between the two models, insisting they are hugely different.

But the court disagreed. It said Jiangling had used the same or similar designs without permission, which amounts to unfair competition, confuses the market and harms Jaguar Land Rover's interests and reputation.