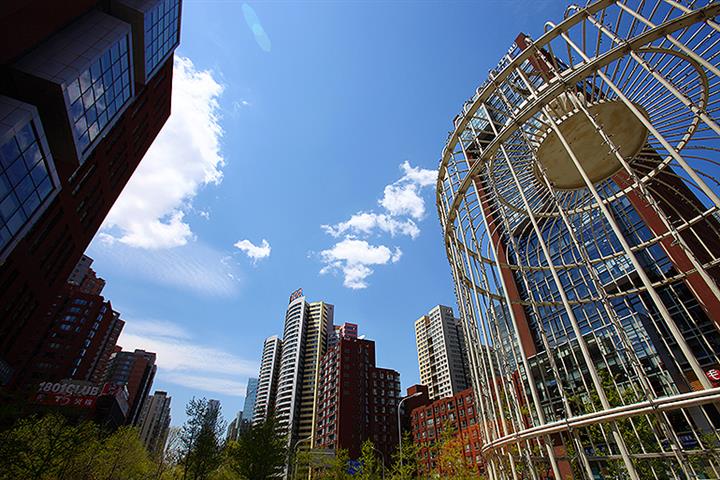 (Yicai Global) Sept. 16 -- The property market in the Beijing-Tianjin-Hebei region is mired in falling prices, in some real estate projects even lower than three years ago, though prices have gradually recovered in various other Chinese cities as the Covid-19 outbreak eases.

"Hebei province's capital Shijiazhuang began to experience a downturn in property prices in 2018, with [average] reference prices for local second-hand homes down about 8.5 percent to CNY15,278 (USD2,256) per square meter from CNY16,692 per sqm in January 2018," Zhang Bo, head of 58 Anjuke Institute's branch, told Yicai Global.

"Plying the real estate business is difficult this year," Hao Qing, a salesperson working for a real estate agency in Shijiazhuang, told Yicai Global. "Some projects have three buildings remaining unsold over half a year after sales started."

Some of his peers have left Shijiazhuang to seek new opportunities in other cities due to the difficulty in selling homes there, Hao added.

Monthly transaction prices for new houses in Yanjiao in Hebei province just outside the Chinese capital averaged nearly CNY28,296 per sqm in 2017, but have been in a spiraling decline ever since, E-house China R&D Institute's statistics show. That figure fell to CNY18,818 per sqm in July.

Its setting a mere 35 kilometers distant from Tiananmen Square, a fact which lured many people working in China's capital to move there, greatly boosted home prices in Yanjiao.

Prices in Tianjin, the second-largest city in the Beijing-Tianjin-Hebei region, have also now come under downdrafts. "The average reference price for a second-hand house in Tianjin slid nearly 12 percent to CNY20,088 per sqm in July from CNY22,819 per sqm a year earlier," Zhang said.

"House prices in Tianjin have been in a slow decline in last two years, and many projects were selling units below cost," an industry insider told Yicai Global.

The real estate market in Tianjin has been sluggish in recent years, with fewer popular projects and extremely limited profit margins for developers, other insiders told Yicai Global. Many firms decided to sell their residences below cost to recoup funds as soon as possible.

A key reason behind a property market that remains under pressure is earlier excessive price rises, an industry insider told Yicai Global. Beijing’s surrounds, among the most closely watched regions in China, logged a rapid rise in home prices amid a surge in units sold in 2016, these sources said. This lured many buyers to pour into the market and many Investors were dazzled by the market enthusiasm.
The property market began to calm after the government brought out regulatory policies early in 2017 that precipitated a gradual drop in prices, Zhang told Yicai Global.

The underlying cause of the area’s lackluster property market is unaffordable home prices for locals. Common folk cannot even meet the threshold of a CNY300,000 down payment and an over CNY5,000 monthly installment payment for an apartment in a compound in a remote area, one prospective buyer in a sales office in Shijiazhuang told Yicai Global.

"Ordinary folks who earn a steady CNY6,000 to CNY7,000 per month are rare birds in Shijiazhuang," one agent said frankly. Sales of high-end projects in its downtown are quite slow and most residences sold in the city are small apartments in the suburbs.