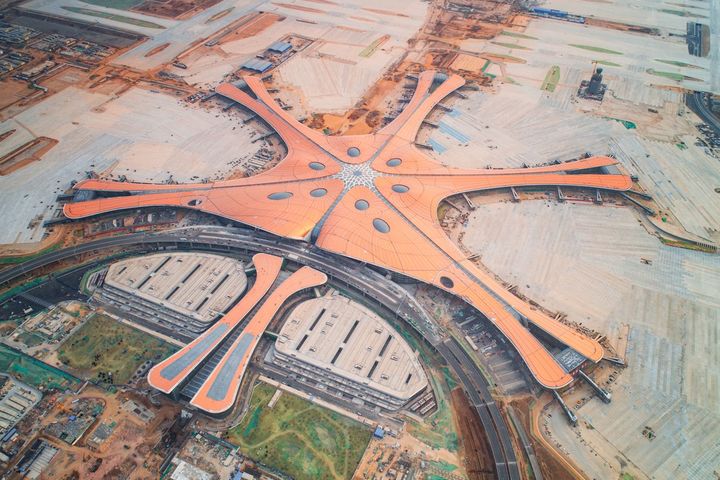 (Yicai Global) May 8 -- Beijing's upcoming Daxing International Airport will begin testing aircraft in less than one week in the run-up to launch in four months.

The air base will start tests on May 13 and it will use planes from Air China, China Eastern Airlines and China Southern Airlines, including the models of Boeing 747-8, as well as Airbus A359 and A380, the airport's management posted on its official WeChat account.

Daxing International Airport will become one of the few air bases in the world with four runways, and over 50 airlines at home and abroad have expressed their intentions to be based there.

The airport's runways have passed tests last month. Its oil depot has started to receive oil through the second Tianjin-Beijing oil pipeline, with an estimated annual capacity of 5 million tons.