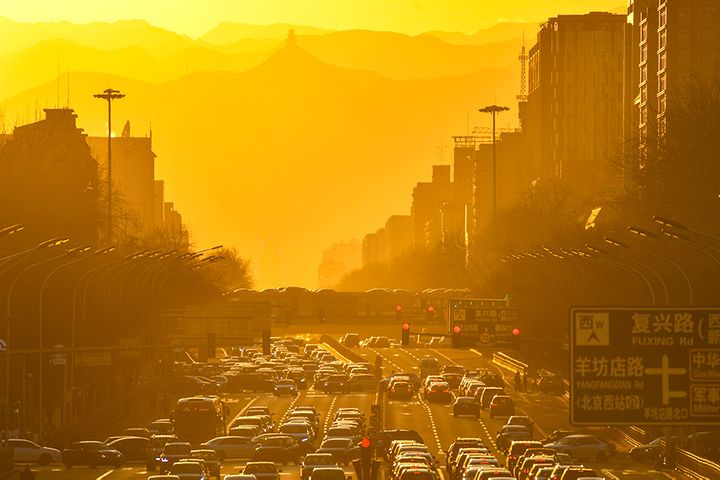 (Yicai Global) March 25 -- Beijing has retracted a statement it made yesterday saying that it may double its strict quota on new vehicles allowed onto the capital's roads.

The policy has not been properly vetted and has not yet been approved by authorities, the Beijing Municipal Commerce Bureau said on its Weibo account today. The statement was released prematurely and has caused misunderstandings, it added.

China's capital may ease its strict quota on new vehicles by at least 100,000 cars in the first half, doubling its current limit, the Ministry of Commerce said in a notice posted on its website yesterday. The move would help revive an auto market further crippled by the novel coronavirus epidemic.

The increased supply would go to residents who do not already own a vehicle and those on a waiting list for new energy vehicle license plates, it added.

Beijing set up the car cap in 2011 to limit the number of new vehicles being added to its roads in an attempt to ease traffic congestion and air pollution. The new measure is aimed at boosting demand by CNY20 billion (USD2.8 billion) this year, around 12 percent of last year's sales.

The city is also looking at offering time-limited subsidies for buyers who replace old vehicles that have excessive emissions with new ones. It is also considering excluding from the license plate quota passenger vehicles that run only in the city's suburbs.

Ordinary car owners must win a lottery to get a Beijing-registered license plate and NEV-owners are put on a waiting list. Demand is so high that new NEV owners may wait up to nine years to get a permit, online news portal The Paper reported last month.

Autos accounted for 13.8 percent of retail sales of the city's consumer goods last year, the biggest commodity group, according to the ministry. That was still an 8 percent drop from 2018.