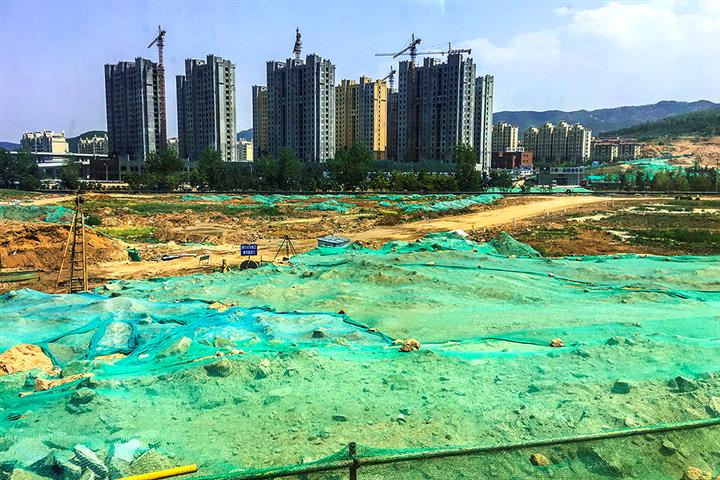 Shanghai sold 18 parcels of land for CNY46.7 billion (USD7.3 billion) yesterday, half of which were sold at minimum reserve prices, Yicai Global learned. During the previous round in June, some 56 plots were sold for CNY85.7 billion.

Beijing's tally was 17 parcels of land, valued at CNY51.3 billion. Five of them were sold at reserve prices. Cooling is evident as during the first round, some 30 parcels were sold for CNY111 billion (USD17.2 billion).

Banks took their time in granting mortgages in the first half, and thus, developers relied more on their sales for funds, which is one of the reasons why property firms became cash-strapped, an analyst at a brokerage said to Yicai Global.

But the situation might ease. Lenders are expected to grant more mortgages in the second half, which should ease developers' tight budgets to a certain degree, said the analyst. The third round of auctions may turn out more popular as it is important for developers to supplement their inventories by year-end, the person added.

Risk aversion caused the lukewarm reception in the second round. Even if real estate firms' liquidity was improving, they wouldn't be buying more land immediately as the houses built on that land could only be sold next year, an insider at a property firm in northern China said to Yicai Global.

Developers must rationalize how to spend their limited funds, Lu Wenxi, analyst at Shanghai Centaline Property said to Yicai Global. They may invest in an area with high development potential or one which is not expensive, Lu added.

Still, some of the top plots were highly contested, according to an industry insider. Those included four assets in Beijing and two in Shanghai. One plot was even sold at a 15-percent premium.

Only three of the 18 assets in Shanghai were sold to firms or consortiums that are not funded by state-owned entities. SOEs under the local government bought 40 percent of the total area, per statistics from the CRIC Research Center.

The trend of stagnating private-sector interest can be seen in other cities too and it proves a point. SOEs' participation can encourage real estate developers to buy land, but if too many parcels of land go to SOEs, it indicates the market is too cold, according to a report by Citic Construction.