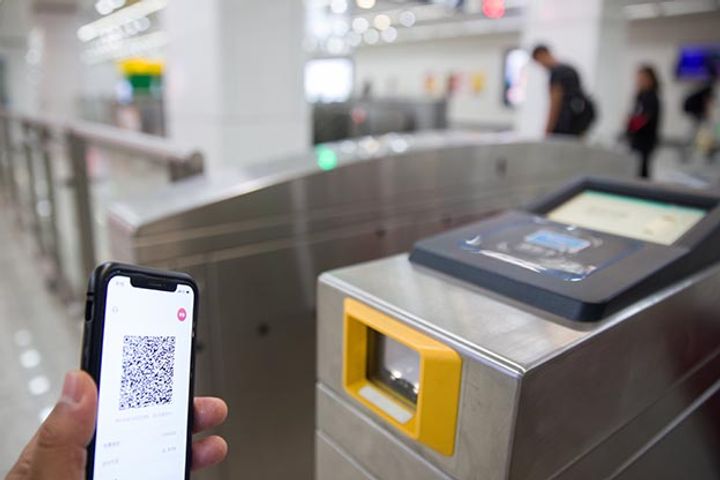 Passengers can scan the code on their mobile phones to enter and exit the subway after downloading an application launched by Beijing rail transit authorities and linked with a third-party payment wallet, reported China News Network.

The app has 2.93 million registered users and has already accumulated more than 5 million rides, according to the Beijing Municipal Commission of Transportation, adding that the number of passengers buying tickets on site has decreased by about 20 percent, which eases congestion at ticket vending machines during peak hours.

More and more passengers will gradually use QR code ride service, said the commission, adding that in the future, the operator will improve the system to further reduce the time for queuing up for tickets.

Subway lines in cities such as Shanghai, Guangzhou, and Hangzhou have also opened QR code ticket services. Apple Inc. launched a ticketing pilot in Beijing and Shanghai in March to allow users of its payment platform Apple Pay to enter the subway automatically through touching the turnstile with the phone while skipping the step of scanning a QR code.