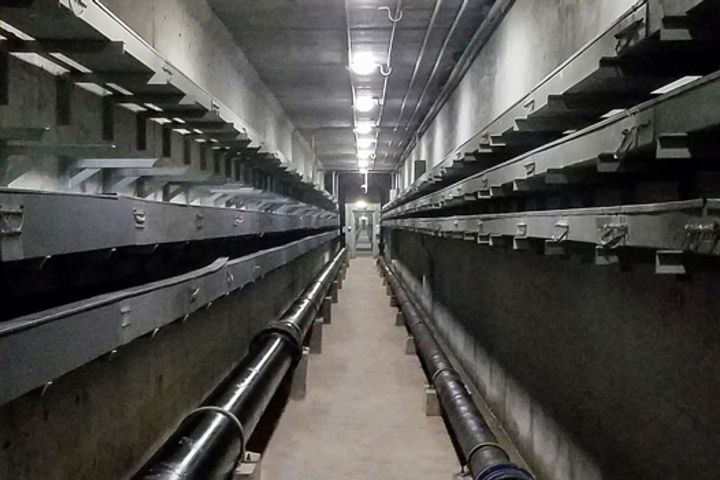 (Yicai Global) Nov. 22 -- Beijing will complete construction of underground utility tunnels spanning between 150 to 200 kilometers by 2020 with priority given to tunnels related to the capital's subsidiary administrative center and the Winter Olympics, the Beijing Daily reported yesterday.

The tunnels, part of infrastructure for electricity, communications, radio and television, water supply, drainage, heat and gas and other municipal supplies, can save and utilize land resources as well as underground space, thereby increasing the city's capacity and improving the overall environment.

The city has witnessed the completion of 20 kilometers of utility tunnels this year, said an official from the Beijing City Management Department. Tunnels currently under construction include those serving the city's subsidiary administrative center, the International Horticultural Expo, the new airport expressway.

The city will build tunnels alongside roads and rail transit related to the new district simultaneously and by 2035, the city' underground utility tunnels span around 450 kilometers.