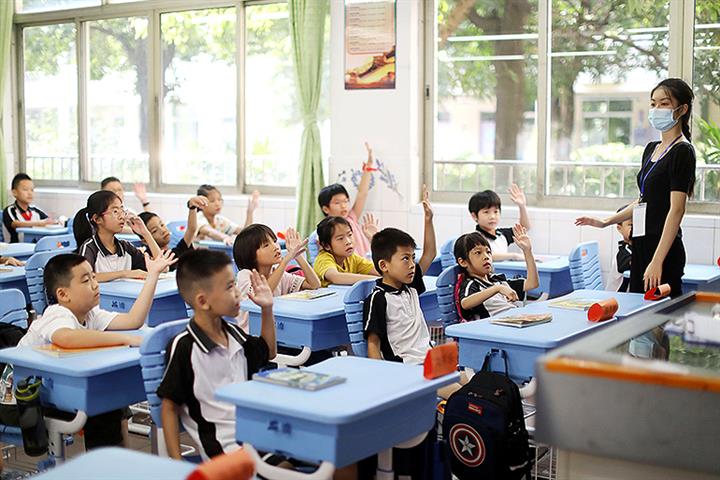 (Yicai Global) Aug. 25 -- Beijing will test job rotation for both officials and teachers in the capital's schools in an effort to make education more equitable and avoid the concentration of the best staff in only a small number of institutions.

School presidents and teachers who are at least five years from retirement and have served at a school for six years will be moved to other local schools, Li Yi, spokesman for the Beijing Municipal Education Commission, said at a press conference the local government held today.

China’s capital city is testing the job rotation scheme in the city's Dongcheng and Miyun districts and will expand the trial to six other districts by the end of this year.

The city government will offer policy support to the officials and teachers involved, Li added, saying that participation will be used as a basis for decisions on promotion and payments based on merit.

Many parents pay hefty bills so that their children can get extracurricular tutoring in the hope that it can boost their chances of getting into an elite school. This is partly because good teachers are scarce and tend to be clustered in a few schools, a situation that has intensified in recent years. As well as increasing the financial burden on Chinese families, this also puts students under greater academic pressure.

In 2020, educational tutoring made up the largest share of Chinese households' expenditure at 32.4 percent, according to a survey by broadcaster CCTV.

The education ministry last month demanded a reduction in the academic burden on elementary and middle school students. The measures to ease the pressure on students included rectification of after-school tutoring institutions, enhancing the quality of in-school classes and promoting the balanced distribution of educational resources.