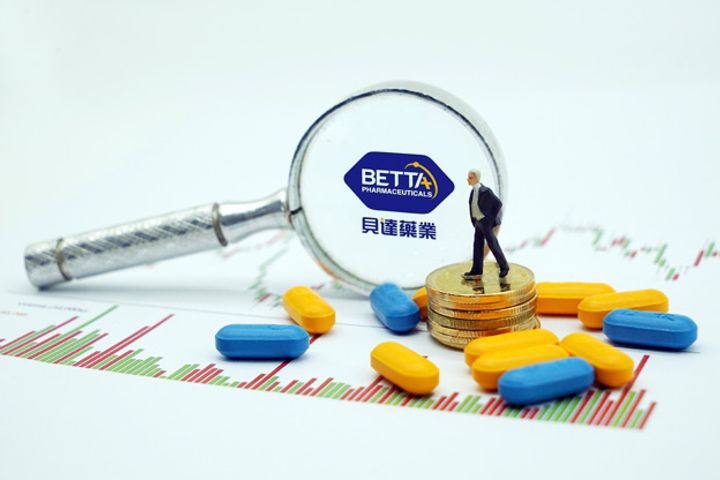 (Yicai Global) July 19 -- China's State Drug Administration has given the green light for a unit under Betta Pharmaceuticals to run clinical trials for a new skin cancer drug in combination with an immunotherapy treatment made by another company.

Kananji Medicine Technology Shanghai got the approval to test the self-developed cancer medicine in tandem with Shanghai Junshi Biosciences, Betta said in a statement today. The trials will use Kananji's Vorolanib (CM082) and Junshi's Toripalimab (JS001) to treat locally progressive or metastatic mucosal melanoma, and are the first approved tests for a combination of targeted and immunotherapy drugs.

Mucosal melanoma is a malignant skin cancer affecting mucous membranes in the nasal passages, sinuses, bowels and in other parts of the body, making it more difficult to diagnose. It makes up about 1 percent of all melanoma cases, but is the second most common subtype among Asian people.

Kananjia has invested more than CNY38 million (USD5.6 million) in CM082 development to date. The next-generation drug is a multi-targeted receptor tyrosine kinas inhibitor used to prevent the generation of new blood vessels and tumor growth. The medicine does what it should and eliminates common toxic side effects often found in similar drugs, the statement said.

JS001 is a recombinant humanized anti-programmed cell death-1 monoclonal antibody drug used to treat locally progressive or mucosal melanomas after other treatments have failed, the announcement added. Junshi applied to take the drug to market in March.