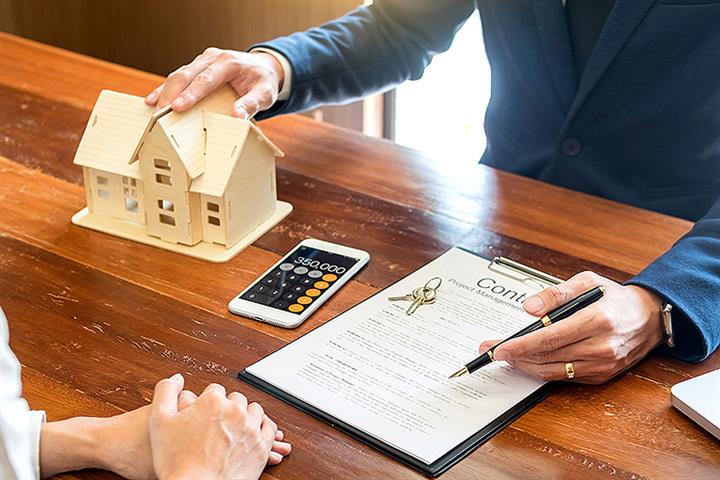 (Yicai Global) Sept. 2 -- According to the first-half earnings results of six of China’s largest state-owned banks, mortgage issuance slowed and their exposure to risk in the property sector fell below the mandated safety line, though their non-performing loan ratio in the sector rebounded.

Three reasons were cited in the lenders’ financial statements: active risk control by the banks; the impact of the Covid-19 pandemic; and the decline in the real estate sector’s demand for credit.

The balance of real estate loans of all six banks accounted for less than the required maximum of 40 percent of their total loans. Bank of Communications had the highest, at 6.97 percent.

The net amount of new property loans issued by BoCom and PSB, two relatively small banks, jumped 28 percent and 17.7 percent, respectively, from the end of last year. The net loan growth rates of the other four banks were below 10 percent.

Among them, the balance of personal mortgages at CCB and PSB fell to 31.8 percent and 31.9 percent, respectively, which were just below the ceiling of 32.5 percent set by the regulator. At the end of last year, the two banks were still above the red line.

But despite the slowdown in loan issuance, the NPL ratios of real estate loans of the six banks at the end of the first half rebounded from the end of last year, and the proportions of non-performing personal mortgage loans also surged, except at ABC, where it remained flat.

BoC’s real estate bad loans ratio at the end of the period reached 5.67 percent, or CNY41.68 billion (USD6.03 billion) -- both figures were the highest among the six lenders. The second and the third highest were ICBC and ABC. PSB had the lowest NPL balance as well as the lowest amount, at CNY1.79 billion (USD260 million) and 1.01 percent, respectively.

In response to the previous storm of unfinished projects and the risk exposure at banks, the executives of the six lenders responded at their respective interim results briefings that the risk was still controllable due to the relatively limited amount of mortgage loan balances involved in the relevant shutdown projects.