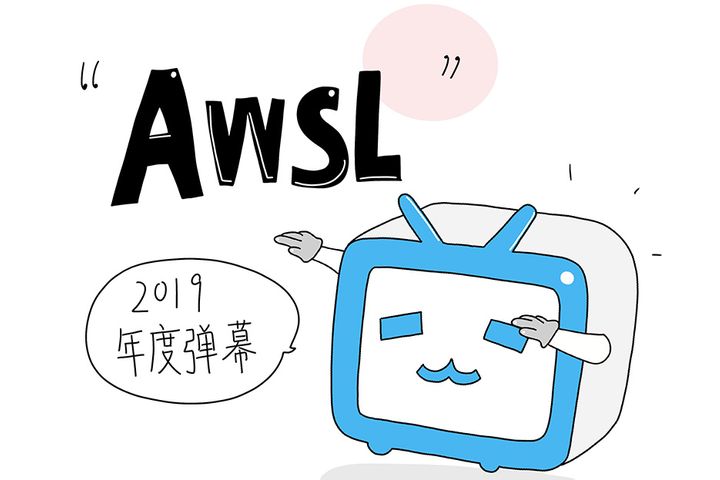 The leading comment was AWSL, an acronym for 'A, wo si le' in Mandarin, which means 'Ah, I'm dead' in English. The term is used to express excitement, happiness, joy and other such sentiments. The second-ranked 'lei mu' (teary-eyed) conveys the emotion of being touched or moved.

Bilibili's danmu have become an important reflection of popular culture among young Chinese.

'Dai xia hu,' which came in fifth place, is a homophone for the French 'déjà vu.' The word appeared as a song's title in the movie Initial D and is used to comment on a film's fast pace. Eighth-placed 'zhuru linghun' (soul-injecting) means a certain clip or behavior suddenly makes a video interesting, bringing the work to life or to perfection.

'Xi' (double happiness) was Bilibili's danmu of the year in 2017, when it drew up the first rankings. Last year's top word was 'zhenshi' (real).